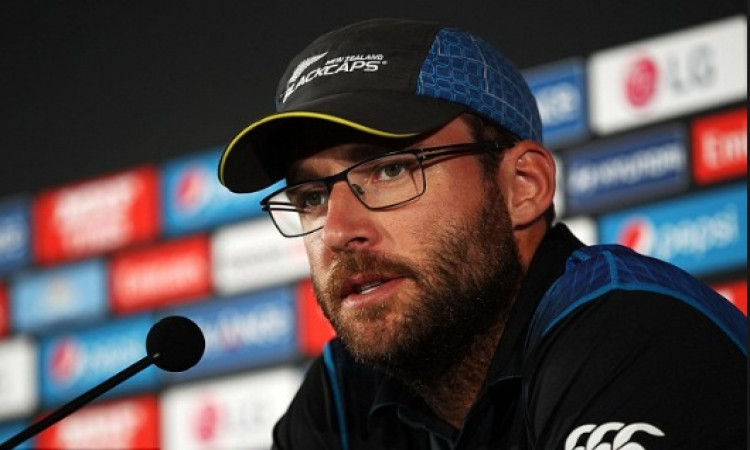 July 5 (CRICKETNMORE) Former captain Daniel Vettori feels three consecutive losses for New Zealand in the ongoing World Cup will not have much effect on Kane Williamson's men going into the semifinals.

New Zealand, who started off their tournament campaign on a brilliant note by winning five of their first six matches (one being washed out), seemed to fall apart as they lost their last three games and ended the group stage at 11 points. It will be courtesy of their higher net run-rate that they have almost qualified for the semis.

Also Read: Disappointed with my own performance: Mathews

"From a New Zealand perspective, it is not ideal to have lost three in a row, even if they are still pretty much assured of a semi-final place," Vettori wrote in his column for the ICC.

"Despite the three straight losses, I don't think it will affect the team too much, particularly knowing some of the guys well.

"They have six or seven individuals who can win a game for them, and that is a pretty exciting way to think about it," he added.

Speaking about New Zealand's last game which they lost to England by 119 runs in Durham, Vettori said that the hosts came out with an incredible performance for the second time in a row to seal their spot in the knockouts.

"For the second game running, England have produced an incredible performance under pressure so hats off to them," said Vettori.

The former left-arm spinner also said that New Zealand felt the absence of fast bowler Lockie Ferguson in their match against England. "New Zealand missed Lockie Ferguson in Durham, particularly because of the way he fits into the structure of the game. Kane likes to use him as a first-change bowler in short 2-3 over spells. With him out, that meant they had to shuffle things around a little."

"If he is back for the semi-final, that will give New Zealand a lot more certainty around how they go about their 50 overs," said Vettori.

It is highly likely that the Black Caps will face Australia in the semifinal at the Old Trafford, given the five-time world champions beat South Africa in their last group stage encounter and India lose their game against Sri Lanka.

This proposition, Vettori feels, will give a lot of confidence to the Kiwis as they have a good record against Australia in the recent times.

"The fortunate thing for them is that they go into a knockout game at Old Trafford, which is traditionally a very good wicket. The way they have played over the last couple of years against Australia, who they could end up facing, should give them plenty of confidence," said Vettori.