This day, that year: When 'Hitman' conquered the world with 264 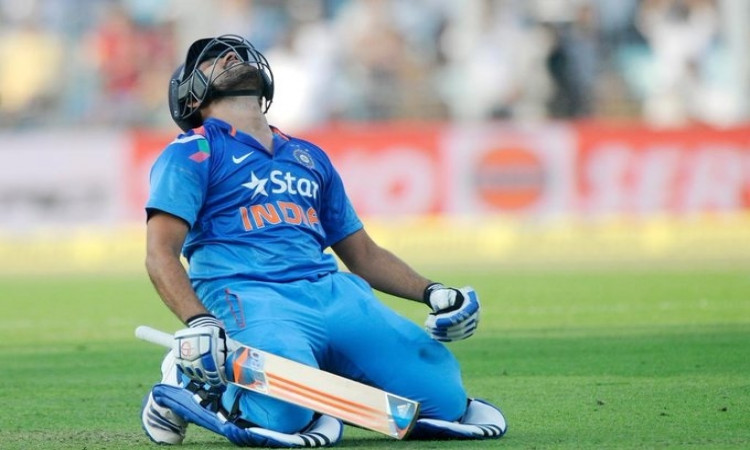 New Delhi, Nov 13: It was on this very day in 2014 that Rohit Sharma broke barriers of world cricket and went on to score the highest individual score in ODI cricket till date.

November 13, 2014, Rohit -- popularly known as the 'Hitman' -- played an unbelievable knock of 264 against Sri Lanka at the iconic Eden Gardens in Kolkata.

During the fourth ODI of the five-match series, Rohit scored 264 off 173 balls -- an innings which was studded with 33 boundaries and 9 massive sixes.

The stylish right-handed batsman, who opened the innings with Ajinkya Rahane, was given a reprieve at the start of the innings as he was dropped by Thisara Perera when the Indian was batting on 4.

"On this day in 2014, Rohit Sharma went big! The Indian opener smashed 264, the highest ever ODI score. The worst part? Sri Lanka dropped him when he was on 4," ICC tweeted on Wednesday reminding the cricket world about one of the most famous innings played in ODI cricket till date.

The 32-year-old, who was 27 then, piled on runs with utmost ease and smashed the Sri Lankan bowlers to all parts of the ground. He was dismissed on the final ball of the Indian innings, but not before powering India to 404/5.

Rohit has scored played an innings of 200 and above thrice in his ODI career till now. Apart from him, Sachin Tendulkar (200* against South Africa) and Virender Sehwag (219 against West Indies) are the other two Indians who have reached the milestone in ODIs.

Belinda Clark of Australia was the first batter in the entire world to score 200 runs in an ODI innings. On December 16, 1997, Belinda had played a scintillating knock of 229* against Denmark at the MIG Club Ground in Mumbai.