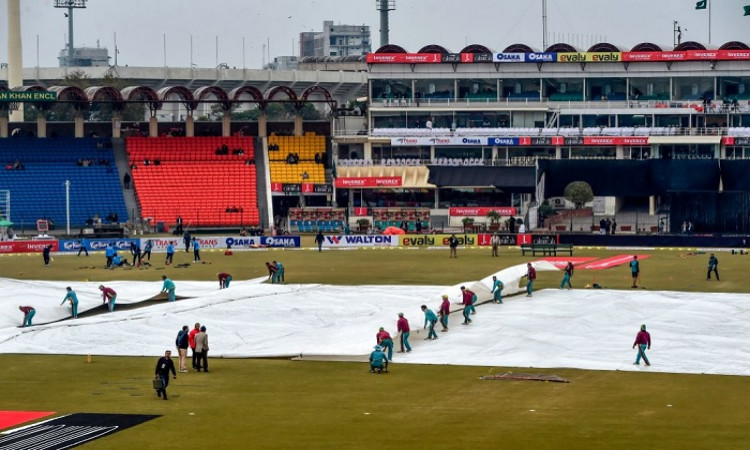 Lahore, Jan 27:  The third and final T20I between Pakistan and Bangladesh was abandoned without a ball being bowled after persistent rain didn't allow even the toss to take place at the Gaddafi Stadium on Monday. Pakistan thus clinched the three-match series 2-0 and maintained their top spot in the ICC team rankings.

The hosts had won the opening two games played last week by comprehensive margins and had taken an unassailable lead in the series.

In the first game, Shoaib Malik's unbeaten half-century set up a five-wicket win for Pakistan. Chasing 142, Malik -- who was making a comeback to the national side -- scored 58 as the Men in Green took a 1-0 lead.

In the second match, Babar Azam and Mohammad Hafeez stitched together an unbeaten 131-run stand as Pakistan registered a commanding nine-wicket win over Bangladesh and sealed the series for the hosts. Pakistan chased down the 137-run target in 16.4 overs as Babar, the top-ranked T20I batsman, and Hafeez scored 66 and 67 respectively.

The T20I series completes the first leg of Bangladesh's three-phase tour of Pakistan. Bangladesh will return for the first Test which begins on February 7 in Rawalpindi while the final leg, which includes a one-off ODI and the second Test, will commence in April.