Mumbai Indians' bowling coach Shane Bond refused to give a deadline as to when all-rounder Hardik Pandya will be able to play a competitive match in the Indian Premier League here after missing out on the first two games, which his side have lost. 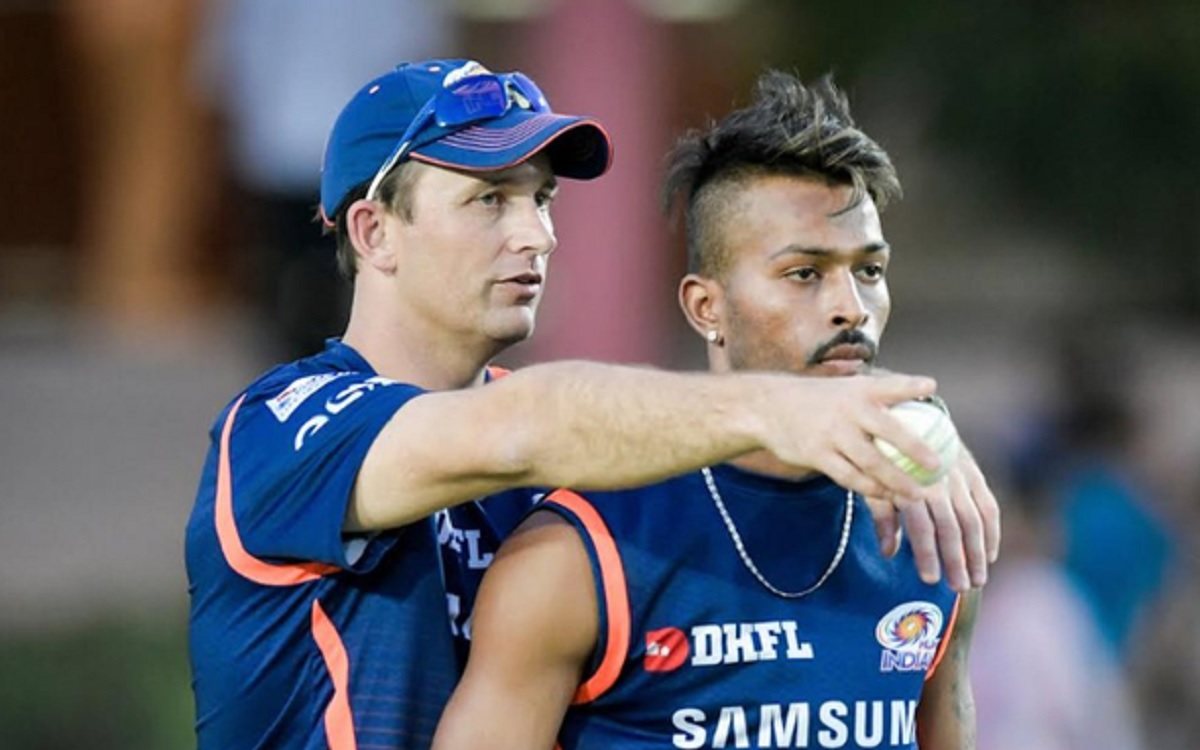 The latest loss to Kolkata Knight Riders by seven wickets on Thursday has left the defending champions to slip to sixth place on the points table with eight points. KKR and Rajasthan Royals too have eight points but are ahead on net run rate.

There has been a lot of speculation around Pandya's fitness, especially since the ICC T20 World Cup is around the corner.

However, Mumbai Indians' bowling coach from New Zealand, Shane Bond, said that not much should be read into the speculations around Pandya, though he refused to go into the specifics.

"Hardik's training well. He's trained today. He's been close to playing. We're balancing the needs of our team and the needs of team India as well. It's the one thing that this franchise does well is look after its players with an eye not only to win this competition but an eye to the World Cup that's coming up as well. Hopefully, Hardik can be back for the next match and as I said he's trained today and he's going pretty well," Bond said following MI's loss on Thursday.

The Indian cricket board has been cautious about increasing Pandya's workload ever since he returned from a back surgery last year. He has hardly been given the ball even though chief selector Chetan Sharma had asserted at the time of announcing the ICC T20 World Cup squad that the all-rounder was perfectly fit to bowl in the shortest format.

Bond said on Thursday that, "I think the one thing you want to do with your players in your team is look after them. We're obviously desperate to put him back on the field and any player would be desperate to go out there as well. But like anything you have to balance everything."

With two consecutive losses in Dubai, the defending champions would be aiming to bring the all-rounder back into the playing XI at some point in time - possibly at the business end - even though they know that Pandya has not played competitive cricket since July when he was a part of the Shikhar Dhawan-led side that toured Sri Lanka for a limited-overs series.
.
"One thing our franchise does is look after our players. There's also no point in rushing him back to get injured and miss the rest of the tournament when we have a chance to win it. I think we're doing the right thing and hopefully, we'll get him back shortly and he'll have an impact in the back end of the tournament and get us into the play-offs and hopefully win the tournament from there," said Bond.