On Saturday, Shane Watson had tweeted: "The perfect game for Chennai Super Kings is coming!!" And that's what exactly happened on Sunday evening. 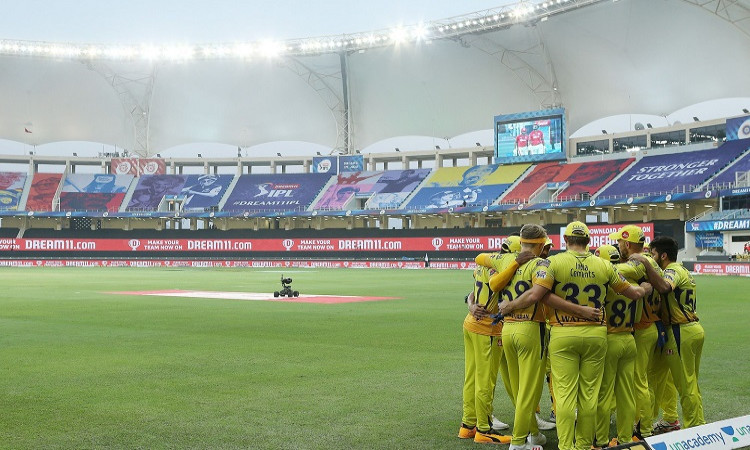 The three-time IPL champion roared just like their fans have been used to watching as they registered what eventually turned out to be a one-sided, emphatic 10-wicket win over Kings XI Punjab, providing television viewers in India a perfect Sunday evening entertainment.

What was so impressive about the win from the MS Dhoni-led side was the performance of their two batting stalwarts -- Shane Watson and Faf du Plessis. While du Plessis had been in good form in the previous games and was in fact the top scorer for the side, Watson was under immense pressure before entering the field at the Dubai International Cricket Stadium.

While the former South Africa captain had scored 195 runs in four games before taking on Kings XI, Watson's four scores in IPL 2020 read 4, 33, 14, and 1, something which the team management and even former cricketers wouldn't have expected. The inability of both the openers to provide the team with a solid, quickfire start was something which even Dhoni couldn't resist complaining.

There was an added pressure on the duo, along with Dhoni, considering their campaign had been in total disarray thus and their performance on the field was far from what had been witnessed in the previous IPL editions.

Against Kings XI, they had the opportunity to make a few amends and play like a champion team. And that's what they did.

Thirty-nine-year-old Watson along with du Plessis, 36, stitched an unbeaten 181 run-partnership as CSK chased down the target of 179 with 14 balls to spare. Watson, who was adjudged the Man of the Match, made a well-paced 83 (53) while the former South Africa captain scored 87 off 53 deliveries.

"It was nice to bat like that tonight. Felt something slightly off earlier in the tournament, technical thing. Bit more intent on the front leg, getting my weight through the ball," said Watson after the match, heaving a sigh of relief.

The performance from the team was something which made even usually shy head coach Stephen Fleming smile. But what would have impressed Fleming the most would be Watson's ability to leave behind his poor run, believe in himself, and find back his mojo.

"Look, if Shane had been struggling in the nets and looking out of touch, then it might have been a selection issue. He's been nothing but solid in doing his work and in the practice games as well," the former New Zealand captain said. "So, as I said, it was a matter of time, a little bit of fortune and some good, positive thoughts from him. Shane, if he gets on a roll, he'll be very important to us," he added.

The skipper also was all praise for du Plessis, who according to him, has been a sheet anchor. "He can always confuse the bowlers with shots like the lap shot."

du Plessis, meanwhile, acknowledged CSK's guiding principle of placing their faith in their men. "Today Watto (Watson) was a big plus for us. A lot of guys haven't played cricket, so you hope that you strike form immediately. But when that doesn't happen, it does take a bit of time. Hopefully, our guys find their best form over the next three-four games."

While many may still term CSK as a side of an old warhorse, the performance by two of its veterans only emphasizes on the statement: "Write off the experienced at your own risk."

Chennai Super Kings, lying at the sixth spot in the points table with two wins from five games, will next take on Kolkata Knight Riders on Wednesday and the fans of Dhoni would now want their 'Thala' to get back in action and "finish off in style" -- something which he has been doing since years.