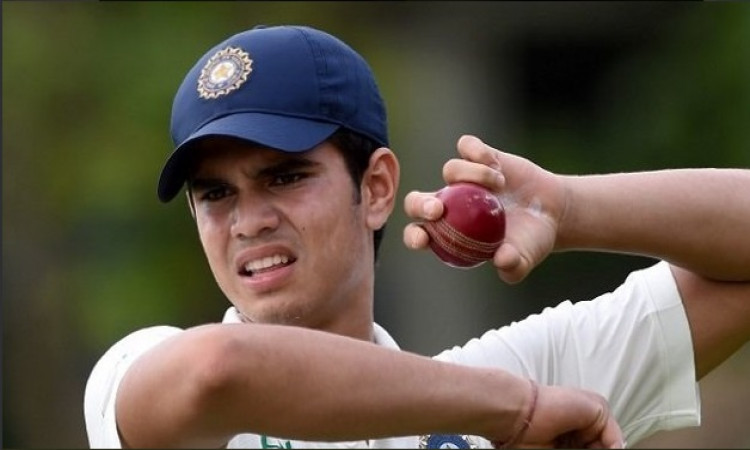 June 24 (CRICKETNMORE) India Under-19 pacer Arjun Tendulkar, son of cricket legend Sachin Tendulkar, was seen helping England batsman at the nets ahead of their crunch World Cup tie against Australia here on Tuesday.

Arjun, who impressed with his bowling in the three-day Second-XI Championship contest in High Wycombe, was seen bowling in full tilt to English batsmen, who are all set to take on fellow favourites Aussies at Lord's.

Playing for MCC Young Cricketers, Arjun recently took two wickets against Surrey Second XI, including one off a beautiful delivery that was shown on a video on Twitter via Lord's Cricket Ground.

It made quite a buzz on the social media platform. Arjun ended his spell with figures of 2 for 50 in 11 overs.

In July 2018, Arjun was part of the India U-19 team that played the first Youth Test match against Sri Lanka. Last month, he participated in the Mumbai T20 League, playing for Aakash Tigers.