An unbeaten half-century by youngster Harry Tector backed by a strong Irish bowling performance, especially Andy McBrine (4/36), helped the tourists clinch a five-wicket victory over the West Indies in a rain-curtailed second One-day International at the Sabina Park here on Friday (IST). 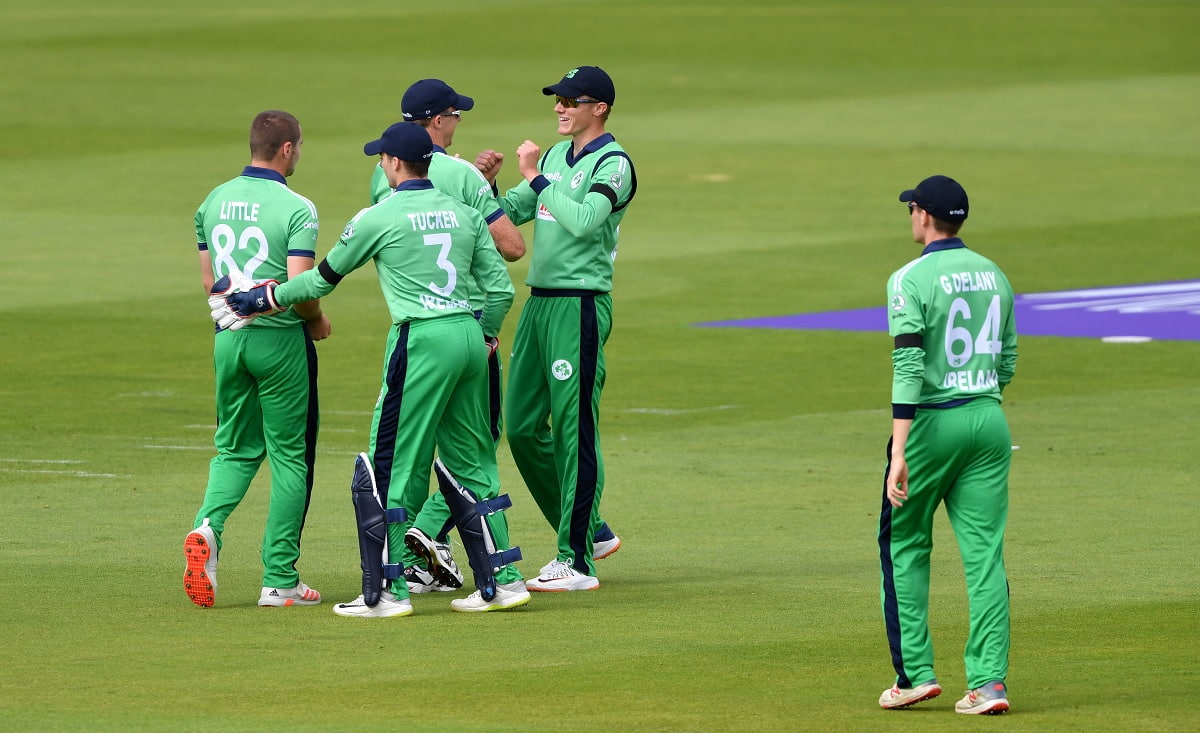 The tourists, thus, levelled the series 1-1, performing admirably despite missing several key players, including skipper Andrew Balbirnie due to COVID-19.

Led by stand-in skipper Paul Stirling, Ireland were particularly efficient with ball, as McBrine, Craig Young (3/42) and Josh Little (2/40) making significant contributions. McBrine also compiling 35 with the bat to help Ireland to victory in the match which had to be rescheduled due to several COVID-19 cases being reported in the touring side.

Stirling won the toss and elected to bowl, perhaps with afternoon rain and DLS calculations in mind. It was the opening batter's first ODI in charge, and his bowlers backed his early decision, largely through the inroads made by Young. He claimed 3/12 in his first four overs, and proved too much for Shai Hope (17), Justin Greaves (10), and Nicholas Pooran (1).

Roston Chase and Shamarh Brooks steadied, only for McBrine to end the partnership on 48, taking a return catch off Chase for 13. McBrine then claimed the key wicket of Kieron Pollard for one, as Little claimed Jason Holder's wicket soon after.

Stirling was aggressive in his captaincy, and the spin of George Dockrell trapped Brooks lbw for 43.

Despite the early dominance, not all went the tourists' way, as a late-innings scramble from the West Indies took them to 229. A ninth-wicket partnership of 58 off just 27 balls from Romario Shepherd (50 from 41 balls) and Odean Smith (49 off 19 balls) swung the momentum slightly, though the upper hand remained Ireland's, even after conceding almost 30 extras.

McBrine's 4/29 was his second-best bowling figures in ODI cricket, moving him into fifth place on Ireland's all-time ODI wicket-taking list.

Stirling was his usual aggressive self with the bat, making a quick-fire 21 next to long-time opening partner Will Porterfield, who made 26. Stirling fell to the left-arm orthodox of Akeal Hosein, but not before becoming the first Irish player to reach 5,000 ODI runs.

Porterfield fell at the end of the 10th over, though McBrine and Tector built well to move the game out of the hosts' reach. McBrine fell to a top-edge from a well-directed Shepherd short ball for 35, though Curtis Campher joined Tector in another strong stand.

Tector brought up his sixth ODI half-century in the last nine matches, though more importantly moved the side well in front on DLS when the match was delayed by rain.

When play resumed, Ireland, 26 runs ahead on DLS, knocked off the remaining 11 runs comfortably.

"It means a lot -- we're delighted with how the lads responded, coming from a tough loss the other day where we thought we were really in the game a lot of the time, and to come and put on a performance like this after the off-field activities that have gone on. We're delighted to get the win today, we really are," Stirling told icc-cricket.com.

The teams will play the final World Cup Super League match on January 16 at the same venue.