Royal Challengers Bangalore (RCB) head coach Simon Katich has said that the IPL 2020 happening in the UAE may have impacted the performance as the team was picked keeping Chinnaswamy Stadium in view. 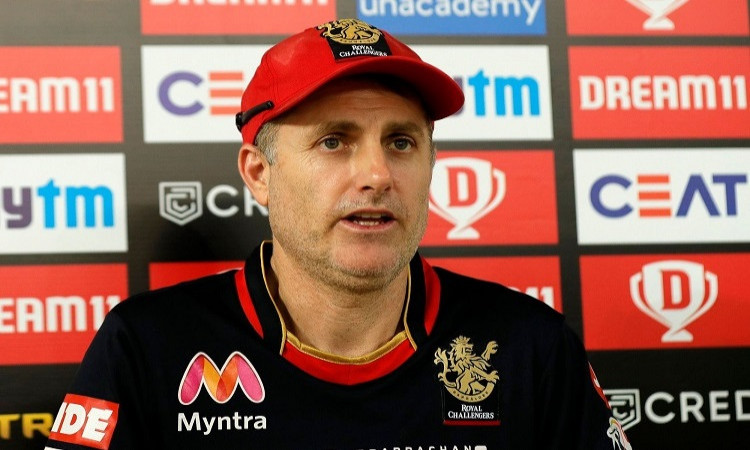 RCB lost to SunRisers Hyderabad in the Eliminator and crashed out of IPL after making the playoffs in fourth place. The team had begun well and remained among the top two for quite some time. But as soon as the playing surfaces began slowing down towards the end of the tournament, it began to struggle.

RCB lost their last five games, including the Eliminator on Friday.

The Chinnaswamy Stadium, where RCB play all their seven home games, is the best batting surface in the IPL. And the team shifting to the UAE surfaces which slowed down as the tournament progressed seemed to have had an effect on the team's overall performance. Skipper Virat Kohli couldn't get the runs ticking in the middle overs, his strike rate was the slowest in eight seasons, although AB de Villiers kept up to his high standards reaching over 158.

"When at the auction last year, we were going to pick a squad, it was going to be well-suited to the Chinnaswamy Stadium, where we play seven games. We all know that it is a completely different batting surface than we see in the UAE. From that point of view (it affected the batting) when we see the structure of the batting order particularly when it was based on trying to home ground advantage at Chinnaswamy," said Katich while addressing the media on Saturday.

Katich, a former Australia batsman, was satisfied with the opening stands but felt the middle order was not up to mark.

"Different conditions here, probably at times, it didn't suit some of our players. We did get strong opening partnerships, we did get there, in terms of the numbers across the competition. But in terms of getting that kicking in the middle phase we didn't probably have that as much, and that put pressure on middle order as well," he added.

Katich said that the team has grown wiser with the experience and if the IPL happens in UAE again next year, they will be better prepared.

"It is the way it was played, due to Covid-19, but we know if the tournament happens here next year in early 2020-21, we will have proper idea of what balance we need and what team we need in these conditions," said Katich.