England topped Group B by winning all three of their matches while India finished second in Group A, winning two out of their three matches. 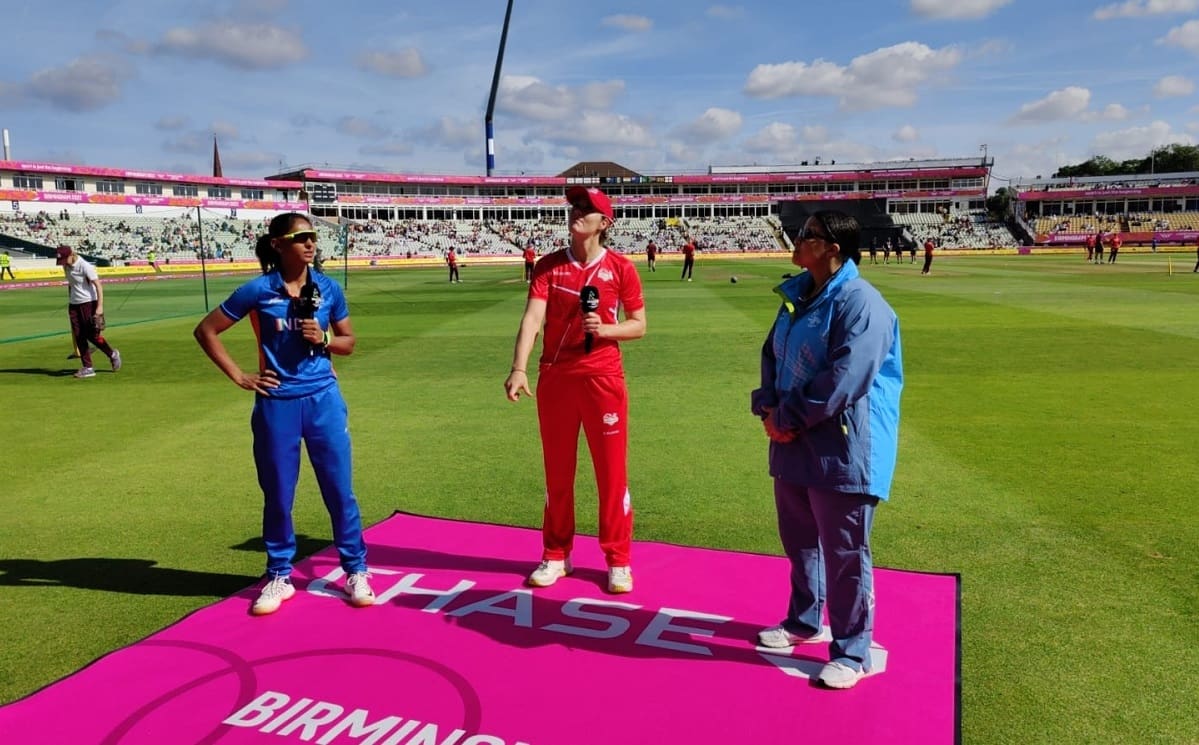 India captain Harmanpreet Kaur has won the toss and elected to bat first against England in the first semi-final of women's T20 cricket event in 2022 Commonwealth Games at Edgbaston.

Whoever wins on Saturday will progress towards the gold medal match while the losing side will enter the bronze medal match. England topped Group B by winning all three of their matches while India finished second in Group A, winning two out of their three matches.

For the knockout matches in the competition, teams will be playing on the traditional turf pitches instead of the hybrid ones, where natural grass and artificial surfaces were used in the group matches.

"It's a fresh track and it's going to remain the same. Before the main game, everyone is performing. It's right time to perform for the team. Our bowlers are doing well. I am really happy with the way they are bowling," said Harmanpreet.

England stand-in skipper Nat Sciver had no issues in being pushed to bowling first. "I was happy to bowl first anyway. We've been good in adapting. We are on a roll, high on confidence, in our batting and bowling."

Both teams are unchanged from their last group matches.