Team India using 'one bounce' tactic to scruff up ball 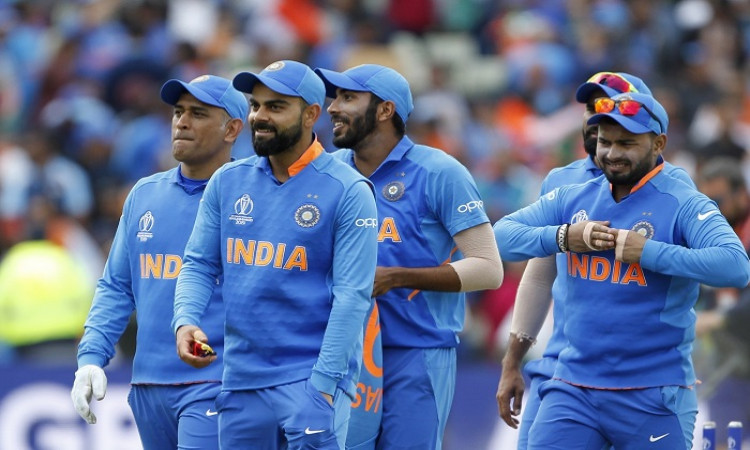 Leeds, July 3 (CRICKETNMORE):  The advent of two new balls in an innings in ODI cricket has seen not just the cricketers but also pundits complain of the batsmen being handed an unfair advantage as the idea of reversing the old ball has literally been thrown out of the window. But as they say, where there is a will, there is a way. And the Indian team has found the perfect ‘legal answer to the challenge that the bowlers face.

The Indian players are using the ‘one bounce' throwing technique from the deep to ensure that the ball get scruffy and loses the shine so that not only can the bowlers get the slower balls to grip on the pitch, but also to get the reverse swing into the game.

Also Read: Rayudu's retirement is because of selectors,says Gautam Gambhir

"The more overs bowled, the ball automatically becomes old. Yes, when you are fielding and throw the ball one bounce it does get old and there is nothing we can do differently to make the ball old," K.L. Rahul said of the technique to throw the ball in on a bounce from the outfield.

Having bowled really well against Bangladesh on Tuesday, Jasprit Bumrah too echoed Rahul's sentiments and said that it was about waiting for the new ball to get old and to then get the spinner into play as well as the variations that the fast bowlers have to offer.

"Our main focus was to get the ball over (older) as soon as possible so the spinner that we had and our slower balls would come into play. So that was the plan. The new ball wasn't doing a lot. As the ball got older, the wicket also got slower. So that was the plan for us as well. We knew that, as the ball will get older, it would get difficult to hit. And you saw they used a lot of cutters. Even we learned from that, and we knew that as soon as the ball gets old," he explained.

Not just former bowlers, even legendary batsmen like Sachin Tendulkar have time and again pointed as to how the ‘two new balls' theory has robbed the bowlers a chance to pick wickets and stop the batsmen from launching an onslaught in the middle and business end of an ODI innings.

"Having two new balls in one day cricket is a perfect recipe for disaster as each ball is not given the time to get old enough to reverse. We haven't seen reverse swing, an integral part of the death overs, for a long time," he had said.

And he found support in India skipper Virat Kohli. "I think it's brutal for the bowlers. I have played ODI cricket when there was only one new ball allowed and reverse swing used to be a massive factor in the latter half of the innings, which I think as a batsman was more challenging," he said.