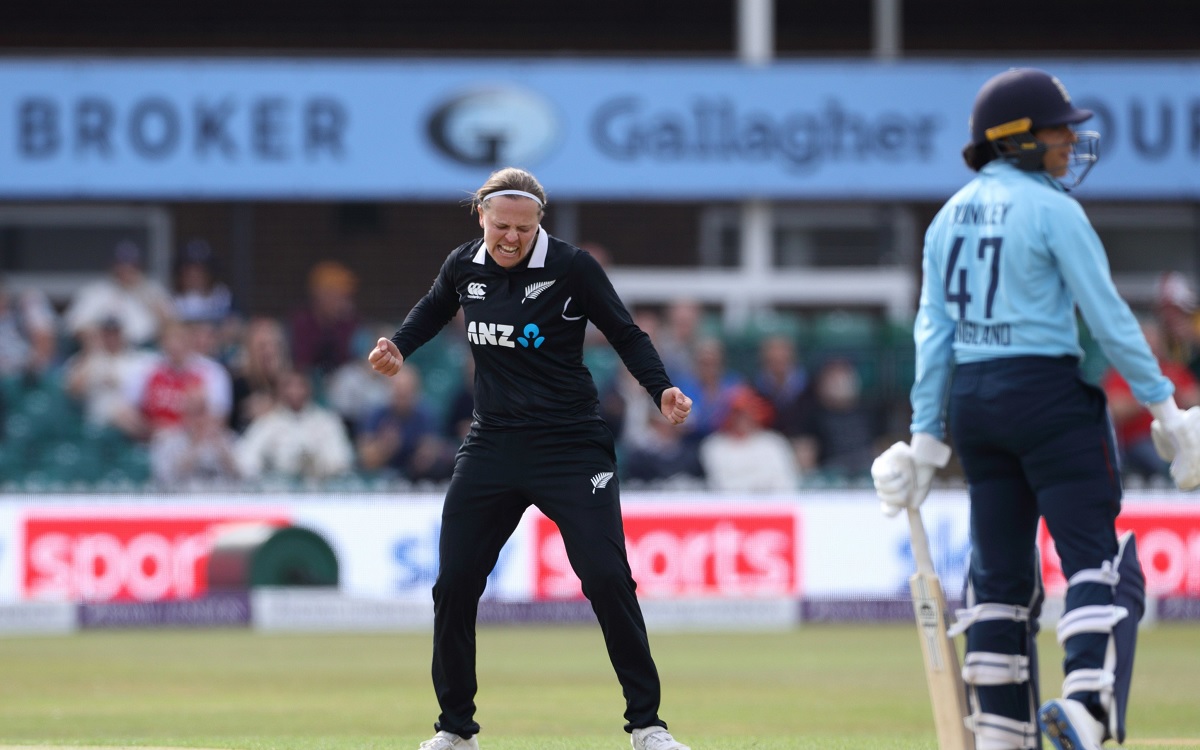 
'What An Over': Kartik Tyagi Earns Praises From Peers For Heroic Last Over Against Punjab Kings

Needing a victory to keep the series alive, New Zealand elected to field first and restricted England to 178 with Tahuhu taking 5/37. Tahuhu stepped up again in the chase, scoring an unbeaten 19 alongside 'Player of the Match' Maddy Green (70 not out) as the tourists got home in the 46th over.

Coming off back-to-back defeats, New Zealand made two changes to their XI. Molly Penfold was handed her ODI debut in place of Jess Kerr while Hayley Jensen replaced Hannah Rowe. For England, Nat Sciver was rested for the game with Katherine Brunt returning to the XI to replace her.

Tahuhu struck early and regularly for New Zealand with the new ball, removing Tammy Beaumont (1), Lauren Winfield-Hill (4), Heather Knight (6), and Sophia Dunkley (6) in her first spell as England were reduced to 27/4 before the 10th over.

Debutant Penfold then got in on the act, knocking over Amy Jones (21) and Danni Wyatt (10) in consecutive overs, before Tahuhu returned to register her maiden ODI five-for by cleaning up Charlotte Dean (10), leaving England in a hole at 78/7 in the 23rd.

However, New Zealand failed to clean up the tail. Brunt and Sophie Ecclestone (8) took England's score past 100 before the latter was trapped in front of the stumps by Leigh Kasperek (1/28).

Kate Cross then joined Brunt in the middle and the two put together a vital 53-run stand for the ninth wicket. Cross' knock of 29 came to an end when she was caught backing up at the non-striker's end. Brunt's fierce drive flicked the fingers of Kasperek and went on to hit the stumps with Cross short of her crease.

Tash Farrant and Brunt added 24 runs for the final wicket and took England to 178, who at one point were 78/7. Brunt finished unbeaten and a run short of a well-deserved half-century.

Brunt (4/22) continued her fine match by striking twice with the new ball, bowling Suzie Bates (5) in the fifth over and accounting for Lauren Down (7) in the seventh to have New Zealand in trouble at 13/2.

Green and Amy Satterthwaite rebuilt the innings in a 72-run stand before the latter played Dean (1/38) straight into the hands of mid-off. Satterthwaite was soon joined back in the pavilion by captain Sophie Devine, whose stumps were rattled by Brunt for three in the 27th over.

With the twin dismissals, momentum was back with England but Green and Brooke Halliday put New Zealand back on course in a 52-run stand that took them within 33 runs of victory.

But from a position of strength at 146/4, New Zealand slipped to 158/7. Tahuhu, who has been in fine form with the bat, stepped up again to see them to victory alongside Green.

The two sides next meet on September 23.