New Zealand nears semi-final qualification after thrashing Ireland by 35 runs in a must-win match of Group A in the T20 World Cup here at Adelaide. 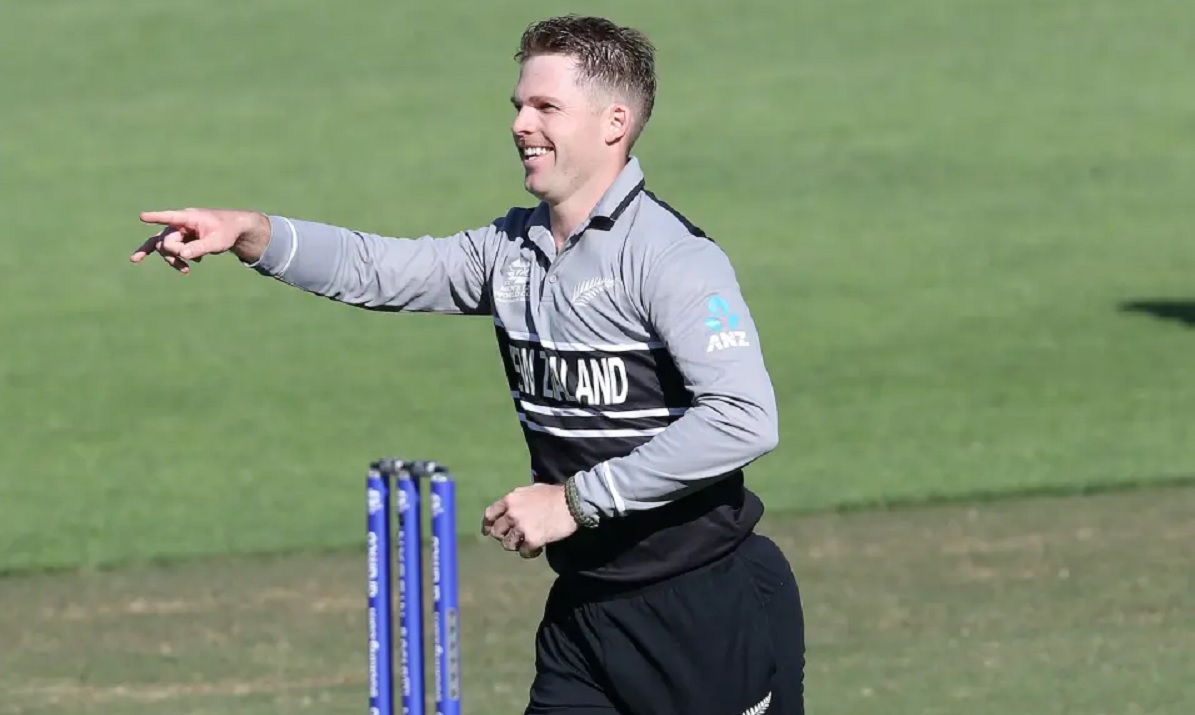 NZ vs IRE: New Zealand nears semi-final qualification after thrashing Ireland by 35 runs in a must-win match of Group A in the T20 World Cup here at Adelaide.

While defending the target of 185 runs, New Zealand thwarted Ireland to 150/9 where spearhead Lockie Ferguson jolted the opponents with 3/22, bowling at an economy of 5.50.

Mitchell Santner bowled at an economy of 6.50 and Ish Sodhi at 7.80 scalpings 2 wickets each. Experienced pacer Tim Southee ended the game with 2/30.

Ireland on the other hand started their batting well as Paul Stirling smashed 37 runs in 27 deliveries with 3 fours and 1 six, while Andrew Balbirnie scored 30 runs off 25 balls with 3 sixes.

Stirling and Balbirnie opened the Irish innings with a 68-run stand in 8.1 overs but after that only George Dockrell was able to score 23 runs in 15 balls, the third-best for his team.

The Irish batting wasn't able to upset the Kiwis as their batting department failed to get runs after a good start. 6 of Ireland's batters wasn't able to cross double digit which caused them a defeat.

Earlier in the match after losing the toss, Kane Williamson's elegant half-century takes New Zealand to 200/5 in a must-win match against Ireland.

New Zealand came to bat first and got a good start by Finn Allen, who scored quick 32 runs of 18 balls with 5 fours and 1 six, and Devon Conway made a slow and steady 28 in 33 balls.

Both the batters partnered 52 runs for the opening wicket in 5.5 overs. Skipper Kane Williamson looked in good form today as he challenged his templet of playing cautiously and played stroke from the very first ball.

Williamson scored fiery 61 runs in 35 balls which included 5 fours and 3 sixes. Kane along with Mitchell (30 runs of 20 balls) got a 60-run stand for the fourth wicket which took the Kiwi side to a par total against the Irish side.

The Irish bowling in this match looked amazingly well as Joshua Little took an outstanding hatrick in the 18th over. On the second, third, and fourth ball he scalped skipper Williamson, Neesham, and Mitch Santner respectively.

Overall Little grabbed 3/22, Gareth Daleny took 2/30, and 1/39 was clinched by Mark Adair which helped the side restrict New Zealand.