T20 World Cup: Will Try To Give Us Every Chance To Reach Semis, Says Sri Lanka Assistant Coach Naveed Nawaz

Sri Lanka have been grappling with injuries in the ongoing Men's T20 World Cup, with the latest being pacer Binura Fernando ruled out of the tournament, and his replacement Asitha Fernando drafted 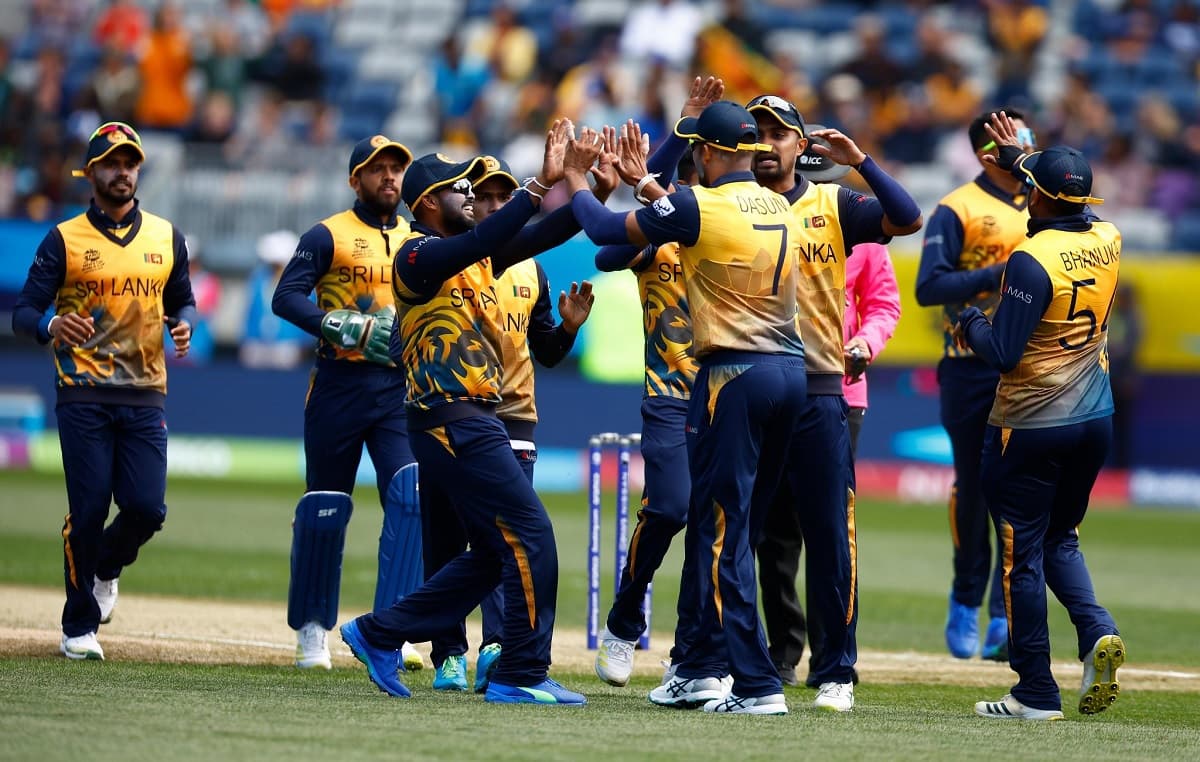 Sri Lanka have been grappling with injuries in the ongoing Men's T20 World Cup, with the latest being pacer Binura Fernando ruled out of the tournament, and his replacement Asitha Fernando drafted into the 15-man squad.

After a crushing seven-wicket loss to Australia at Perth on Tuesday, Sri Lanka need to get back to winning ways when the 2014 champions will be up against New Zealand in their Group 1 match of Super 12 at the Sydney Cricket Ground on Saturday.

With Sri Lanka in fifth place in the Group 1 point table, their assistant coach Naveed Nawaz believes the side will give themselves every chance from now onwards to reach the semifinals of the showpiece event.

"They're one of the top sides in the world, and we rate them pretty highly. We know coming to a World Cup and we know in a group which has Australia, New Zealand, England, Afghanistan, you know that any of the matches that you cannot take easily."

"So we are prepared for it, and we know exactly what we need to do if we need to put ourselves there in the semifinals. We're up to it, and we'll try to play our best cricket and try to give every chance for us to get qualified into the semifinals," said Nawaz in the pre-match press conference.

Nawaz feels that Sydney's reputation of being great for batting in the tournament will help Sri Lanka in Saturday's match. "If it's a good batting wicket and a fast outfield, obviously the runs are there for taking. I think Sydney is a very favourable venue for Sri Lanka. It has been throughout the years, and we are looking forward to this game against New Zealand."

He also hoped for a better batting show from Sri Lanka's misfiring middle order, with the majority of their runs in the tournament coming from their top-order batters like Pathum Nissanka and Kusal Mendis.

"If you look at all the games that we played, the top order has batted through, and there were very few overs at the end for the late order and the middle order. We need them to come out with their hands up at the right moment. Although they are short of overs, there are a very limited number of overs for them to go out there and show what they can do, I think they will come up (good)."

"There's nothing to say that they're out of form or they're out of nick or anything like that, but I think when the moment arises, they'll definitely come into the game and show us what they can do."

Nawaz signed off by saying Sri Lanka will do a thorough inquiry into the injury breakdowns of various players in the tournament once their campaign is over.

"I guess that's something that we have to go back to and sit down and figure out why this has happened and what's the best solution that we can take on that."

"We haven't had time to sit down and find solutions right now on the long-term of what is going on, but we are trying to field the best 11 in the field as much as possible by replacing the injured players right now."