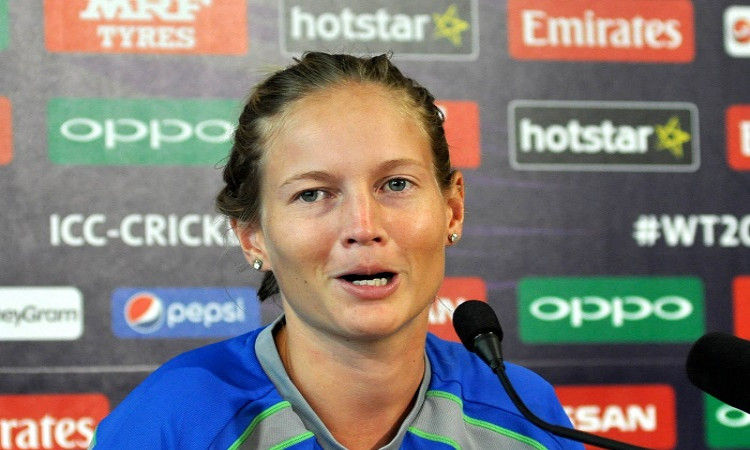 Sydney, Feb 21 : Australia captain Meg Lanning has said labelled Tayla Vlaeminck's injury is a "massive loss" for the team after the fast bowler was ruled out of the Women's T20 World Cup.

Vlaeminck's out-and-out pace has been a major part of Australia's bowling arsenal since her debut against India in 2018, the side she was due to play in Friday's tournament opener.

But a stress injury in her right foot means the 21-year-old misses out on the entire competition.

Off-spinner Molly Strano has taken her place in the squad but, as Lanning herself knows, there's no direct replacement for Vlaeminck's key weapon.

"It's a massive loss and she is obviously pretty shattered with its timing," said Lanning. "It was a little bit of a flat day on Wednesday finding out the news. She was set for a big role for us.

"I'm pretty devastated for her. I guess it provides an opportunity for Molly to come in and play a role for us. Unfortunately for Tay, she won't get to compete, which is pretty devastating for her.

"There's no real like-for-like replacement for Tay -- no one does what she does. Molly has bowled well in the powerplay in the past and can bowl at any time through the innings.

"It wasn't a specific incident. It just built up over a few days; it was a shock to us all.

"There is never a good time to get injured but to have done so much work coming into this tournament and to get ruled out just before, we're all feeling for her," she added.

Strano has played five T20Is for Australia, debuting in 2017. She comes into the side off the back of a strong domestic season that saw her finish as the leading wicket-taker in the Big Bash.