Former England captain Nasser Hussain slammed an 'old-fashioned' India for being way too timid with the bat in their 10-wicket loss to the Jos Buttler-led side. 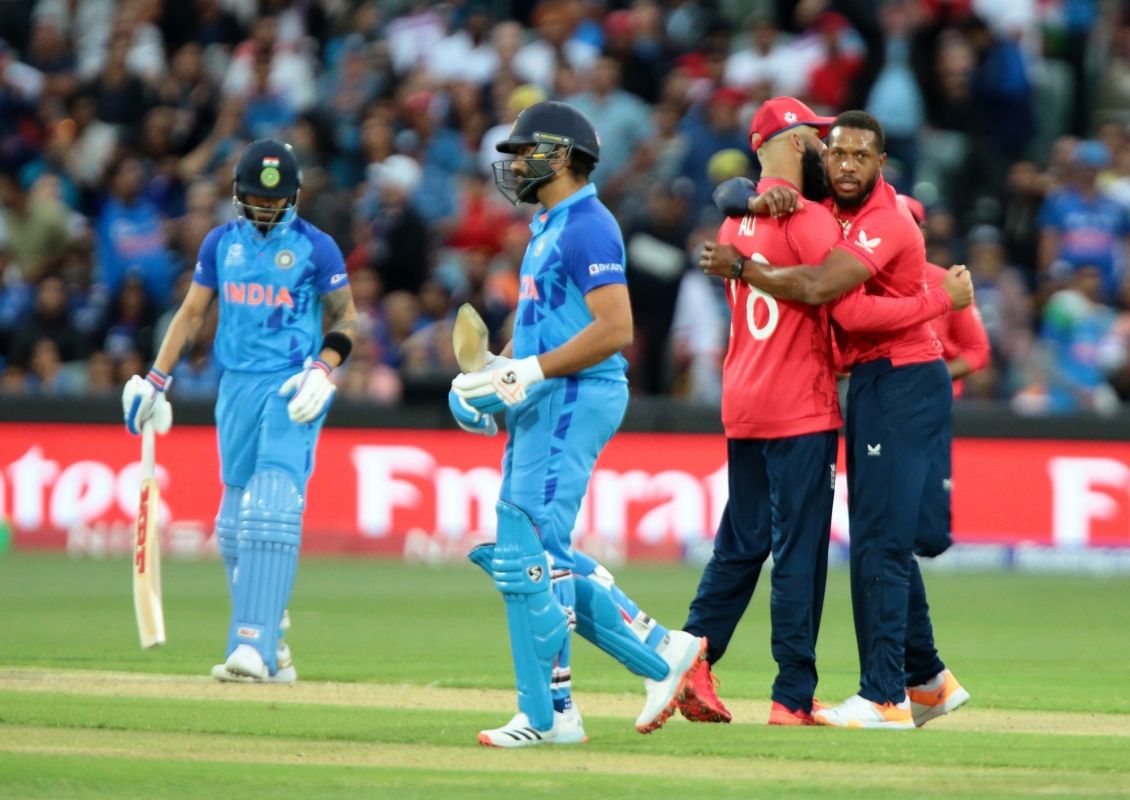 Former England captain Nasser Hussain slammed an 'old-fashioned' India for being way too timid with the bat in their 10-wicket loss to the Jos Buttler-led side in the second semifinal of the Men's T20 World Cup at Adelaide Oval.

England's opening pair of captain Jos Buttler (80 not out from 49 balls) and Alex Hales (86 not out from 47) aced a chase of 169 in a smooth fashion, by thrashing the Indian bowling attack all over the park to set up a meeting with Pakistan in the final of the tournament at Melbourne on Sunday.

While England were 63/0 at the end of their batting power-play, India were scratchy and made just 38/1 in their power-play with the bat, which implied that the Rohit Sharma-led side lost the match in the first six overs phase with bat as well as ball.

"The contrast between the two teams in their respective power-plays could not be more stark. I had said in these pages that India at the top of the order still play a bit of an old-fashioned game and even their former coach Ravi Shastri talked of the need for them to change when he worked for Sky last summer.

"Yet they were still too timid. India must have known they would need to get an above-par score against this England batting line-up yet they plodded along and if it was not for Hardik at the end they would have been way below par," wrote Hussain in his column for 'Daily Mail' on Friday.

India were 100/3 in the first 15 overs and got 68 runs in the last five overs, thanks to Hardik top-scoring with a 33-ball 63, hitting four fours and five sixes at a strike-rate of 190.91. Hussain pointed out that India's issues with the bat in T20Is is down to mindset, not personnel.

"It's not India's personnel. It's their mind-set. Rohit Sharma is one of the greatest white-ball batters there has ever been and KL Rahul would be in any list of the best T20 players in the world. Then add Virat Kohli, Suryakumar Yadav, Hardik and Rishabh Pant.

"You are talking about an array of world-class talent and there is no way that batting line-up should have been 66 for two at the halfway mark of a T20 innings in a semi-final."

Hussain remarked that India were hoping for Bhuvneshwar Kumar to get the better of Buttler again in the chase, but had no answers to the onslaught by him and Hales. "If India had been chasing a decent total they would have had to go hard but as it was they didn't seem to know what a good score would be.

"Then India just expected Bhuvneshwar Kumar to continue the hold he has had over Jos Buttler in T20 cricket when England batted but it just didn't happen. Together with the long levers of Hales at the other end, India had no answer.

"Hales was very clever in the angles he created against Axar Patel because he angles it into the right-hander from wide of the crease so Hales was picking him up behind square on the legside. Everyone was focusing on how Suryakumar can pick the ball up from there but Hales was just as good in the way he approached and executed this."