July 2 (CRICKETNMORE) Australian fast bowler Pat Cummins has revealed that the T20 series win in India provided the team with the belief and confidence that they could win the ongoing World Cup. 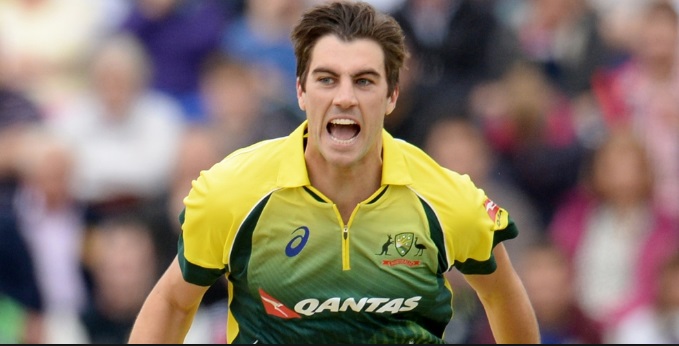 "I think that Indian series win, probably the T20 series win, to be honest (was when I realised we could give the World Cup a shake)," Cummins was quoted as saying by news.com.au.


Mayank to join Team India in Leeds on Wednesday

He pinpointed the T20 match in Bengaluru in which Glenn Maxwell scored a brilliant hundred and won the game for the Aussies.

Chasing 191 at the MA Chinnaswamy Stadium on February 27, Maxwell scored an unbeaten 113 off just 55 balls as Australia crossed the line with two balls to spare.

"At Bangalore, Maxi (Glenn Maxwell) hit a hundred and we won seemingly out of nowhere. It gave us a real confidence, the best side in the world, in their own conditions," said Cummins.

"It really felt like a special group, a couple of really special wins where we felt like we could win from anywhere.

"It's pretty infectious when you have that feeling around the group. Luckily, we have held on to it," he added."

After the T20 series, the Aaron Finch-led side came from 0-2 behind to win the five-match ODI series 3-2. They then went on to defeat Pakistan 5-0.

Talking about their ongoing World Cup campaign where they have won seven of the eight games and are the first team to book a place in the semifinals, the pacer said, "Everything has clicked, the batting, the bowling, our game plan."

"We have come so far and we are playing the way we have talked about for a while that we wanted to play," Cummins added.

Australia, sitting pretty at the top of the table, will play their final group stage match against South Africa on Saturday.