T20 WC opener against Aus one of my most important games: Rodrigues

Melbourne, Feb 13 India top-order batswoman Jemimah Rodrigues believes the 2020 T20 World Cup opener against defending champions Australia will be "one of the most important" games of her career. 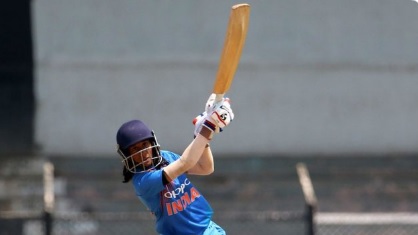 "I think it will be one of the most important games in my career," Rodrigues was quoted as saying by the ICC.

The teams will be meeting in Sydney on February 21 coming off the tri-nation T20I series final on Wednesday, which Australia won after Jess Jonassen ran through India's middle-order to hand her side an 11-run victory.

But, they both had one win each in their contests in the round robin stage; and, in the last edition of the World Cup in the West Indies, India had got the better of Australia in the group stage.

Bowler Shikha Pandey is also excited about the clash and said: "We're really excited about the opening match against Australia. It's going to be a challenge, obviously, it's the World Cup, so the best teams are going to play against each other."

India boast of having the likes of star batters Smriti Mandhana and Harmanpreet Kaur in their ranks apart from new hard-hitting sensation Shafali Verma. Mandhana has been in tremendous form and was the top-scorer in the tri-series with 216 runs at an average of 43.20.

India made a semi-final exit from the last T20 World Cup and in the previous ODI World Cup, they had finished as runners-up.