Scotland, while defending a total of 165, were able to restrict Papua New Guinea at _ in the Round 1 match of the T20 World Cup. For Scotland, Josh Davey picked up 4 wickets while Wheal, Evans, Watt & Greaves picked up 1 wicket each. Scotland has registered their 2nd win in Round 1 and became the first team tot go through the Round 1 into the main tournament. 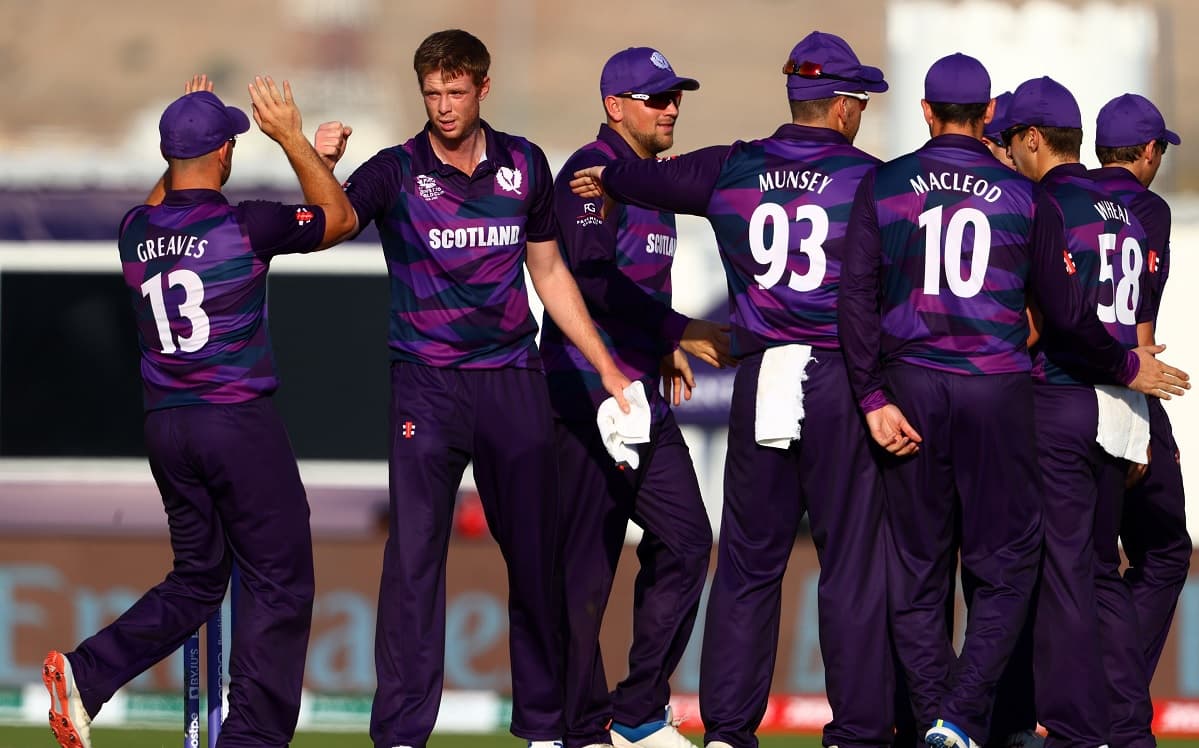 For PNG, Norman Vanua, batting at #7, smashed 47 runs off 37 balls with 2 fours & 2 sixes. But lack of support and alot of early wickets caused PNG's 2nd loss in Round 1. PNG lost 5 wickets inside the powerplay and it was a tough road to win from thereon. With this, PNG's hopes of playing in the main tournament for the first time has been crushed. PNG will play their last match against Bangladesh on Thursday.

In the first innings, Richie Berrington became the first Scottish batter to hit a half-century in T20 World Cup. He scored 70 off 49 balls with 6 fours & 3 sixes to power Scotland to 165/9 against Papua New Guinea in Round 1 match. Apart from him, Matthew Cross scored 45 off 36 balls with 2 fours & 2 sixes.

For Papua New Guinea Kabua Morea picked up 4 wickets. In the last over of the innings, being bowled by Morea resulted in 4 wickets for PNG, which included 1 run out and 3 wickets to Morea's name. For PNG, Chad Soper picked up 3 wickets as well while Simon Atai picked up 1.

Scotland captain Kyle Coetzer won the toss & elected to bat first against Papua New Guinea in the 5th match of the T20 World Cup round 1. This match is being played at Al Amerat Cricket Ground (Ministry Turf 1), Al Amerat.