T20 WC 21st Match: Namibia Get Away With A 4 Wicket Victory Against Scotland

Namibia, who were playing for the first time ever in the Super 12 stage of the T20 World Cup, managed to register a 4 wicket win against Scotland and create history. Namibia was chasing a feeble target of 110 but with some brilliant captaincy from the stand-in captain Richie Berrington and the effort from the bowlers, the Namibian team faced difficulty while chasing the target. 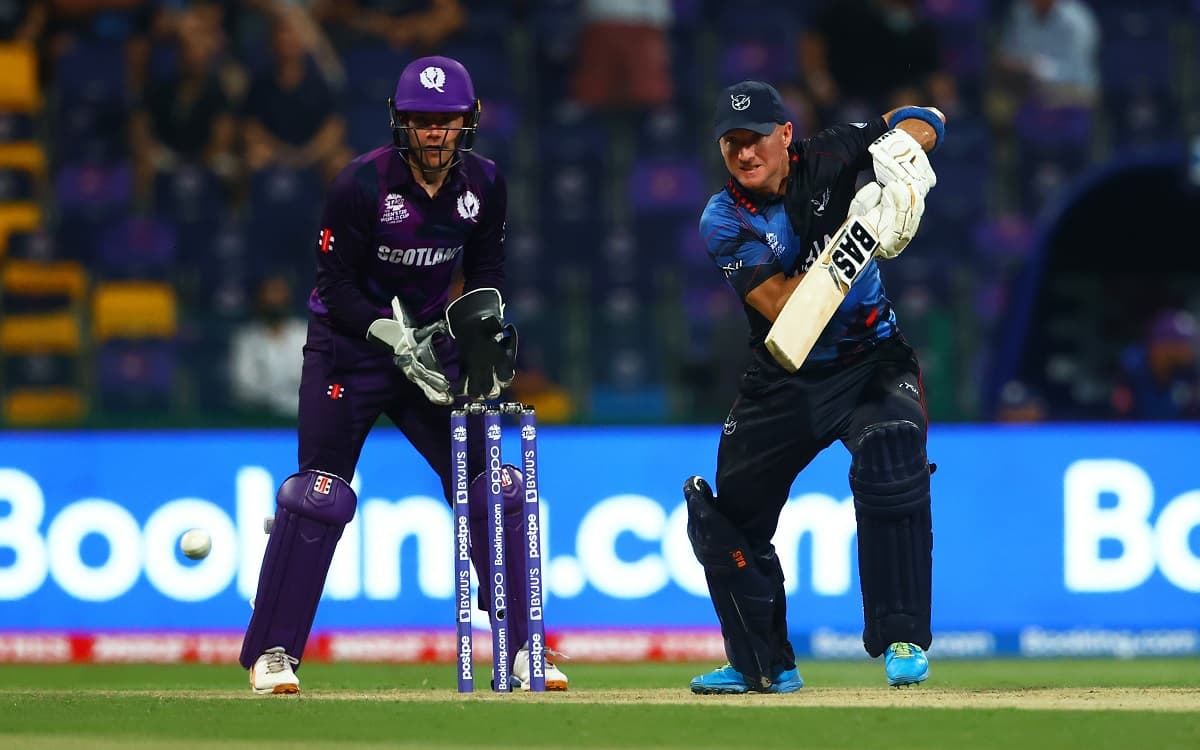 For Namibia, Williams (23), Lingen (18), Wiese (16) & Smit (32*) chipped in with small scores as the Namibian team held their nerve and were able to register this historic win. They weren't predicted to get across the ROund 1 and yet here they are, with their first win in their first Super 12 match.

For Scotland, from the spin department - Michael Leask picked up 2 wickets, and Mark Watt & Chris Greaves picked up 1 wicket and tried to choke the Namibian batting but then the target was proved to be too low. Pacers Sharif & Wheal also picked up 1 scalp apiece.

In the first innings, Namibia continued their dream run in the tournament as they restricted Scotland to 109/8 in 20 overs. For Namibia, Ruben Trumpelmann picked up 3 wickets in the first over itself and since then bowlers didn't allow batters to adjust. Jan Frylinck picked up 2 wickets while JJ Smit & David Wiese picked up 1 wicket each.

For Scotland, Michael Leask scored 44 off 27 balls with 4 fours & 2 sixes and helped Scotland batting after they lost 3 early wickets.

Earlier, Namibia captain Gerhard Erasmus won the toss & elected to field first against Scotland in the 21st match of the T20 World Cup 2021. This match is being played at Sheikh Zayed Stadium, Abu Dhabi.