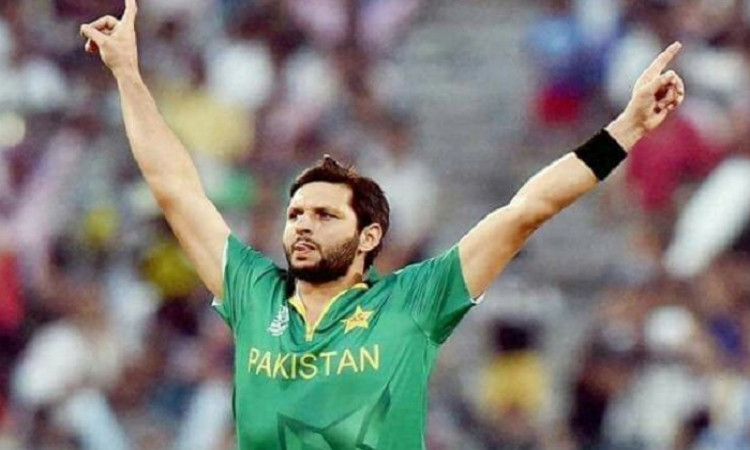 Mumbai, Oct 14:  Former Pakistan cricketer Shahid Afridi is all set to make his debut at the Abu Dhabi T10 league and will lead the Qalandars outfit this season. The 44-year-old has hailed the ten-over league, and has said that the format has the potential to take cricket to the Olympic Games.

"I think fans love T10 because it is fast-paced and the matches are over in 90 minutes. Cricket should always evolve and look at ways to maintain the excitement among the youngsters, and I think the Abu Dhabi T10 provides us a great opportunity to keep testing the format, and potentially take cricket to the Olympic Games," said the all-rounder who represented Pakistan in 398 ODIs and 99 T20Is.

Talking about the prospect of representing the popular Qalandars brand, Afridi said he is excited to play for a franchise which is a huge supporter of cricket back in Pakistan. "I am really looking forward to playing for the Qalandars in the upcoming Abu Dhabi T10. The franchise has also been a part of the PSL, and has been supporting cricket through multiple programmes in the region. Their developmental programme received national recognition earlier this year, and I am delighted to be playing T10 for a new team. I'm really looking forward to seeing them pick a solid side and achieve our ambitions of winning the tournament," Afridi said.

The third season of the league will take place in the capital city of the United Arab Emirates between November 14 and 24. With the upcoming season set for live telecast on Sony Pictures Network and over OTT platforms such as JIO and Sony Liv, Afridi reiterated that the Abu Dhabi T10 has become a huge hit among fans of the sport.

The Pakistani cricketer added that his counterparts are also very excited about the Abu Dhabi T10. "My fellow cricketers are very happy with the T10 format and so are the fans. T20 cricket was not accepted widely early on, but now we have a T20 World Cup being played. So I believe that with time, there will be more participation from established international players in the Abu Dhabi T10," Afridi signed off.