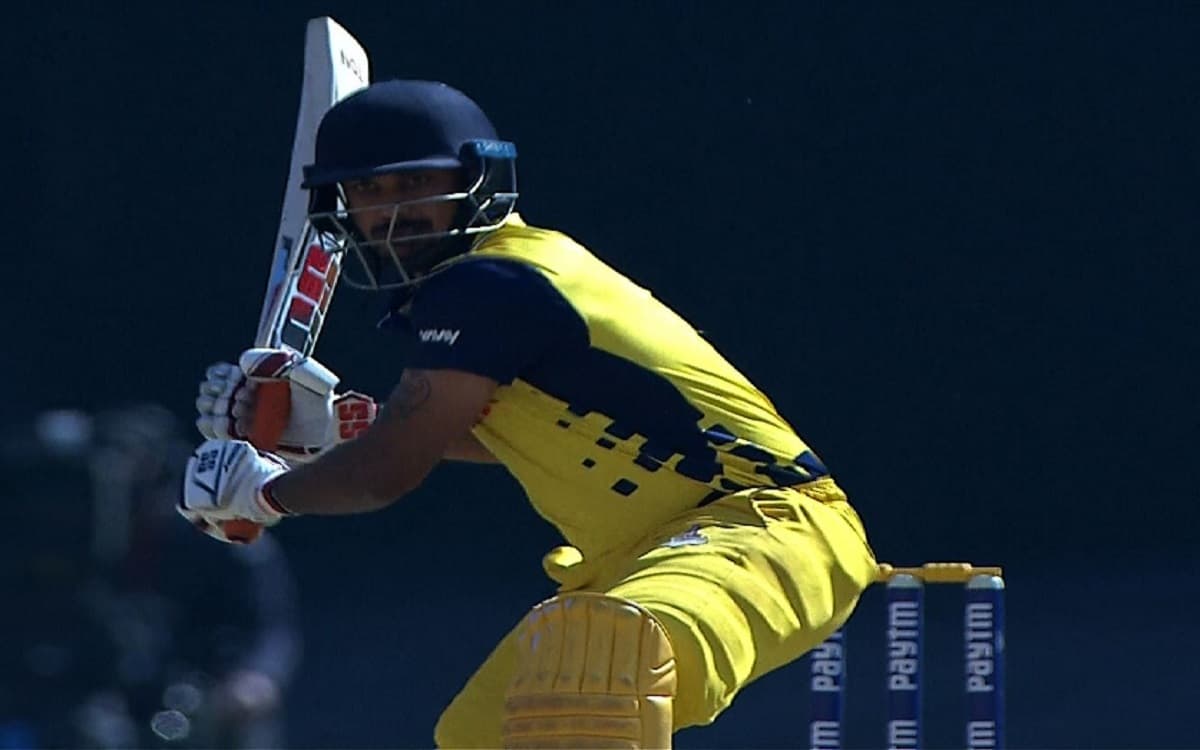 An 89-run partnership between Karthik (9x4s, 3x6s) and captain Dinesh Karthik (26 off 17, 3x4s) for the fourth wicket helped Tamil Nadu chase down a target with eight balls to spare. Rajasthan scored 154 for nine wickets in 20 overs and Tamil Nadu overhauled the target and finished at 158 for three wickets in 18.4 overs. Tamil Nadu vs Rajasthan Scorecard

TN opener Narayan Jagadeesan made 28 off as many balls before falling to Ravi Bishnoi. It was the only wicket that Bishnoi took in his four overs in which he conceded 32 runs.

Arun Karthik starred with the bat as Tamil Nadu registered a 7-wicket win over Rajasthan to secure a place in the #SyedMushtaqAliT20 #Final. #TNvRAJ #SF1