Sydney Test: India Lose Openers On Day 4 In Chase Of 407

India lost openers Rohit Sharma and Shubman Gill on Sunday in their pursuit of a 407-run target set by Australia in the ongoing third Test at the Sydney Cricket Ground (SCG). 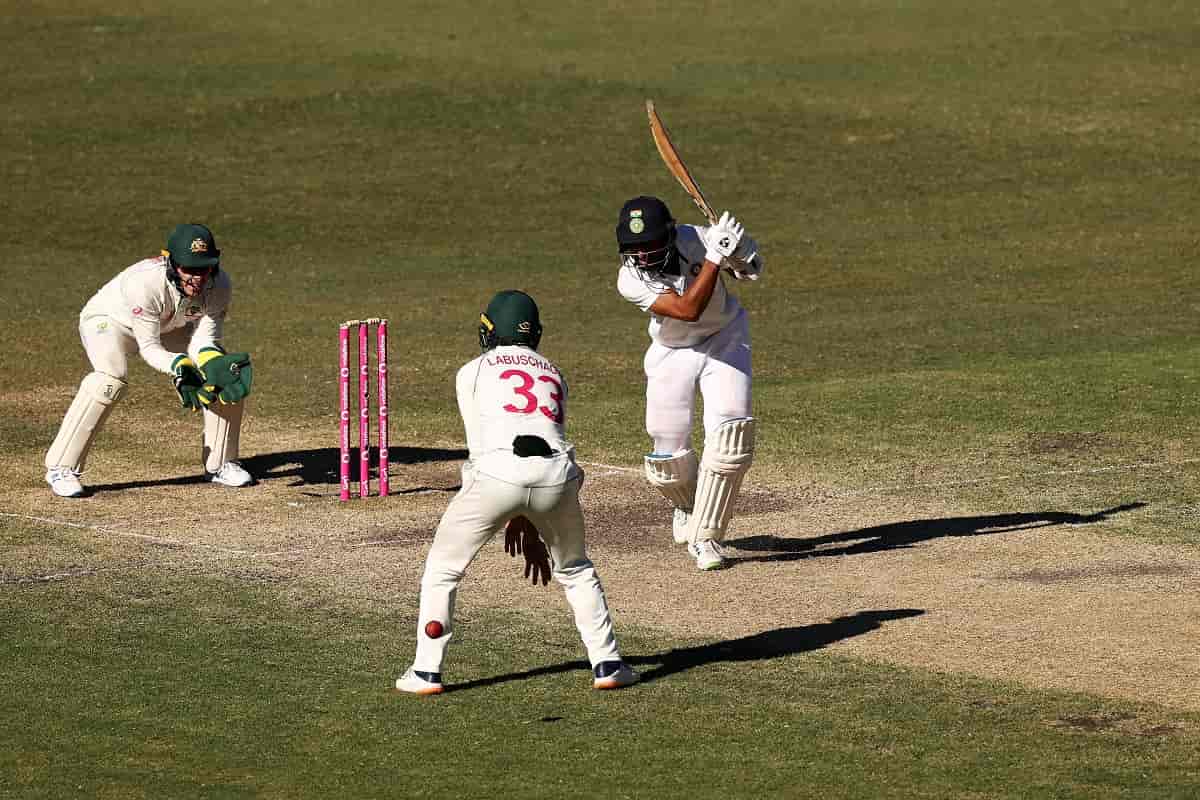 At Stumps on Day Four, the visitors reached 98/2, having lost the wickets of Sharma (52) and Gill (31), still needing 309 runs with eight wickets in hand to take a 2-1 lead in the ongoing four-match series.

Resuming the day at 103/2, overnight batsmen Labuschagne (73) and Smith added 35 before the former was caught behind by substitute wicketkeeper Wriddhiman Saha, down the leg-side off the bowling of Navdeep Saini. Matthew Wade (4) followed soon after as he edged one off Saini also to Saha.

Smith and Green saw Australia off to the end of the first session with no further damage, adding 34.

Resuming the post-lunch session at 182/4, Smith and Green collected runs at a brisk pace and scored boundaries at will, thus adding pressure on the Indian bowlers. Smith (81), however, missed out on his second century of the match as he got out lbw against off spinner Ravichandran Ashwin for the third time in the series.

Skipper Tim Paine, who came in next, started off slowly but once he got set, he punished the Indian bowlers and alongside Green, hit the ball to all parts of the ground. Green, in particular, was highly impressive as he scored his maiden half-century. The hosts were also helped by poor fielding by the Indian players who dropped plenty of catches.

After reaching the milestone, the all-rounder unleashed and scored four sixes before getting out and bringing an end to his 132-ball inning.

Chasing a mammoth target, Sharma and Gill once again provided India with a good start as the duo added 71-runs for the opening wicket. Both the batters collected runs at a brisk pace.

However, just when things seemed to be under control for the Indian team, Gill got out to a peach of a delivery from Josh Hazlewood in the 23rd over as he was caught behind.

Cheteshwar Pujara, who came in next, survived some nervy moments in the initial stage of his innings. Criticised heavily for his slow batting in the first innings, Pujara continued to bat in the same manner and shared a 21-run partnership with Sharma, who after reaching the 50-run milestone, fell prey to a bouncer bowled by Pat Cummins. Trying to hit a maximum, the 32-year-old was caught at fine-leg boundary by Mitchell Starc and thus, provided a big boost to the hosts.

Pujara (9*) and skipper Ajinkya Rahane (4*) then made sure India didn't lose any further wicket till the end of the day's play.

Australia had made 338 in the first innings and bowled India out for 244 in theirs.