Dubai, Charismatic India middle-order batter Suryakumar Yadav has retained his No. 1 position in the T20I Batting Rankings, while several England players have made significant gains after their victory in the ICC T20 World Cup in Australia. 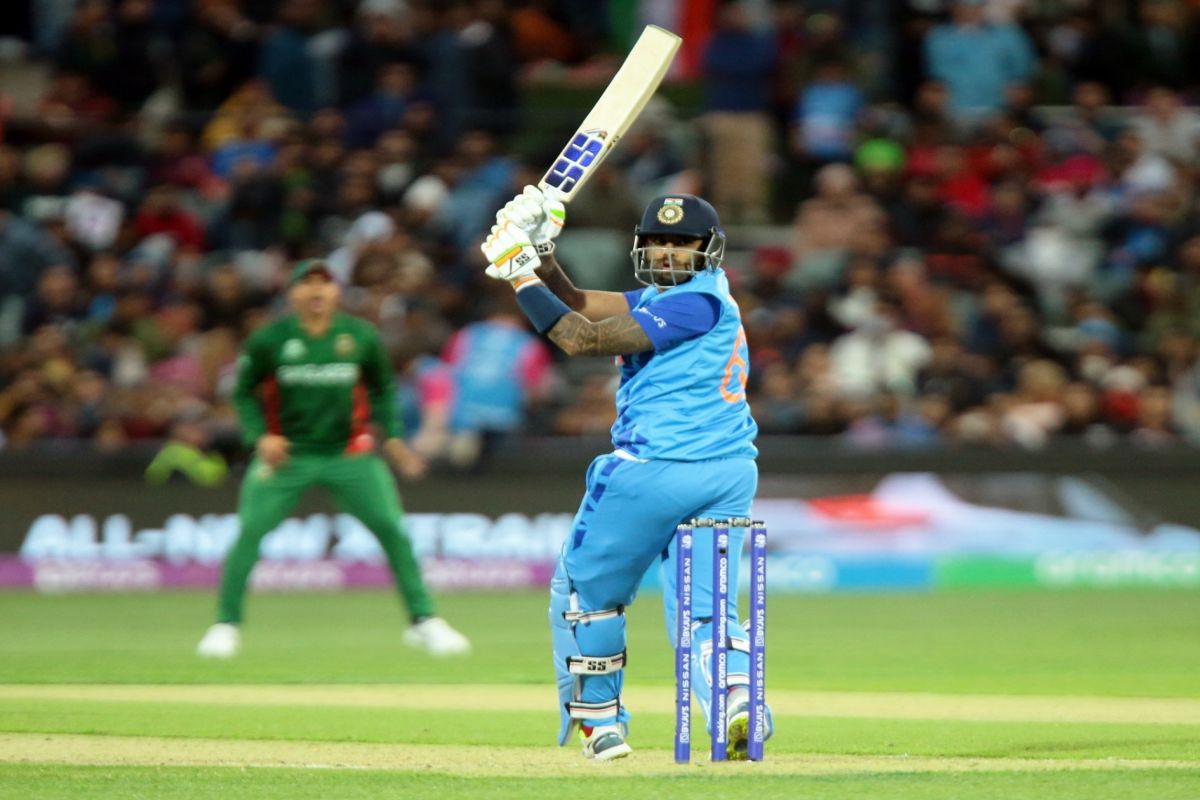 Dubai, Charismatic India middle-order batter Suryakumar Yadav has retained his No. 1 position in the T20I Batting Rankings, while several England players have made significant gains after their victory in the ICC T20 World Cup in Australia.

Suryakumar became the No.1 T20I batter after a superb showing in the Super 12 stage of the T20 World Cup, where he hit three half-centuries in five innings.

That performance helped him achieve a career-best rating of 869 points. Although his rating dropped to 859 after his dismissal for 14 in the semifinal against England, his position has remained undisturbed as other batters in his proximity failed to produce any eye-catching performances.

The 32-year-old amassed 239 runs during the World Cup at an average and strike-rate of 59.75 and 189.68 respectively, and also finished as the third-highest run-scorer in the event.

Alex Hales, who smashed an unbeaten 86 from 47 deliveries in the semifinal against India, has also made a big jump in the rankings as he climbed 22 places up to No 12. Hales finished as England's second-highest run-scorer in the T20 World Cup, with 212 runs at an average of 42.40.

Hales has been in superb form ever since his comeback to the England side earlier this year. He has amassed 430 T20I runs in 2022, at an excellent average of 30.71 and an equally good strike-rate of 145.27.

Other batters who made progress in the top-10 are Babar Azam and Rilee Rossouw. The Pakistan skipper scored a match-winning fifty in the semifinal against New Zealand, gaining one spot to climb to No 3. South Africa batter Rossouw also jumped to seventh after New Zealand's Glenn Phillips dropped to the eighth spot. Rossouw had scored a magnificent century against Bangladesh in the T20 World Cup.

Other batters in the top five other than Suryakumar and Babar are Mohammad Rizwan, Devon Conway and Aiden Markram. Both Rizwan and Markram have managed to hold on to their second and fifth positions respectively, whereas Conway dropped down to fourth after losing his third position in the rankings to Babar.

In the bowling charts, Adil Rashid has been the biggest gainer after his extraordinary performances in the semi-final against India and the final against Pakistan. Rashid registered figures of 1/20 and 2/22 in the two matches respectively, gaining five spots to move up to No 3.

His compatriot Sam Curran also gained two spots to move to No 5, after a Player of the Match performance of 3/12 in the final against Pakistan. Wanindu Hasaranga continues to remain the top-ranked bowler, followed by Rashid Khan. In the all-rounders' rankings, Shakib Al Hasan, Mohammad Nabi and Hardik Pandya continue to occupy the top three spots.