Super excited to play in Pakistan: Dale Steyn ahead of PSL 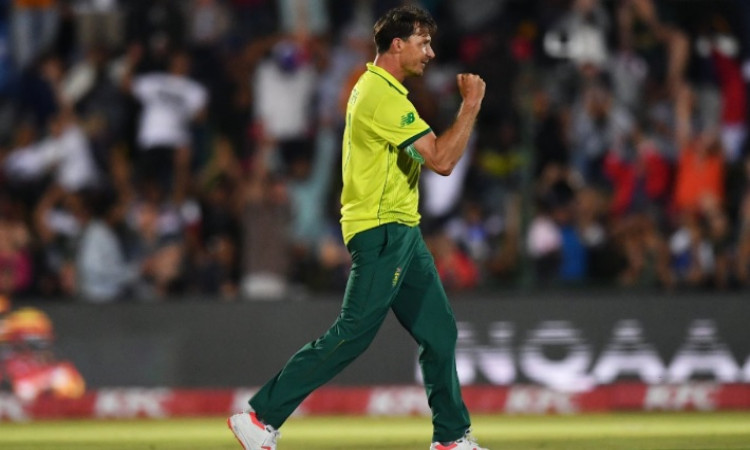 Johannesburg, Feb 16:  South African fast bowling legend Dale Steyn on Sunday said that he will be appearing in the Pakistan Super League this year. Steyn will be turning out for two-time champions Islamabad United in the league which will be held from February 20 to March 22.

"Hello everybody in Pakistan. Just a quick message to say that I am super excited to come over and join Islamabad United," Steyn in a video that he tweeted on Sunday. He then proceeded to give details of portals where fans can buy tickets to the matches.

"Come and watch us play, really looking forward to it and I'll see you guys at the games. Cheers!" This is will be the first time that the PSL is played entirely in Pakistan with the cities of Karachi, Lahore, Multan and Rawalpindi hosting the matches.

There has been speculation over to what extent Steyn will be able to take part in the PSL considering South Africa's limited overs commitments in that period. Steyn is currently with the Proteas for their T20I series against England which concludes on February 16. Their subsequent ODI and T20I series against Australia and India coincide with the dates that the PSL will be held.

Steyn, 36, retired from Test cricket as South Africa's all-time highest wicket taker in August 2019 to prolong his career in competitive cricket, and recently said that he is looking forward to the T20 World Cup later in the year.