Kolkata, Nov 1: Indian Premier League franchises Sunrisers Hyderabad and Rajasthan Royals engaged in a social media banter around star Australia batsman David Warner who has scored tons of runs for Hyderabad and is their key weapon. 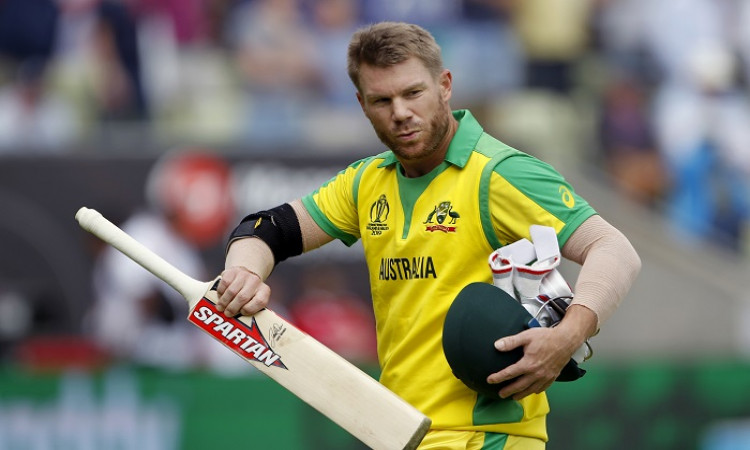 Warner has been in superb form for the Aussies in the T20 series against Sri Lanka at home, notching up his maiden ton in the first rubber and scoring an unbeaten 60 in the second as his team won both games handsomely.

For Hyderabad, Warner has been outstanding since joining them in 2014. In his first season, the southpaw scored 528 runs in 14 innings. The 528 runs that Warner racked up during that season, were the lowest that the former Sunrisers Hyderabad captain scored for the franchise. Since then, his scores read: 562, 848, 641 and 692.

Warner's most telling IPL moment came during the 2016 season where he not only scored 848 runs but also led his team to the title, beating Virat Kohli's Royal Challengers Bangalore.

The southpaw missed the 2018 season due to the ball-tampering scandal but returned this year to resume normal services by racking up another 600 plus score.

Rajasthan Royals, for whom Warner's international teammate Steve Smith plays for, retweeted a picture of Aaron Finch and Smith prior to the second T20I with a caption- "@stevesmith49: Tell Dave, I need to bat today!"

Hyderabad got back to this, saying ," What better than both of them batting together." Replying to Hyderabad, the Royals were tongue in cheek asking whether they were planning to release the southpaw.

In the second T20, Warner and Smith shared an unbroken 117-run-stand and looked at their imperious best.