Sunday is a day to look forward to and enjoy: Morgan 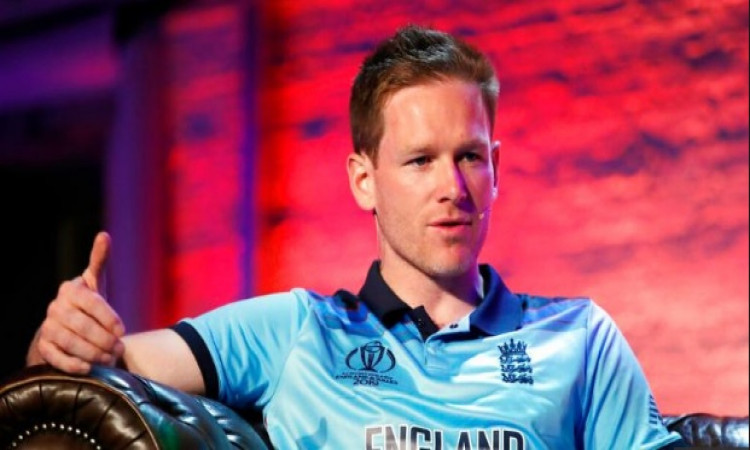 July 12 (CRICKETNMORE) England's resurgence in white-ball cricket has been spoken about quite a bit and to finally see their performance on the biggest stage - the World Cup - has impressed skipper Eoin Morgan. In fact, after the resounding win against Australia in the semi-final, Morgan wants the boys to do a repeat against New Zealand on Sunday.

"I think Sunday's not a day to shy away from, it's a day to look forward to, much like today," said the 32-year-old on Thursday in a press conference after their eight-wicket win over Australia.

Also Read: Lost in the first 10 overs of the game: Finch

"We have created an opportunity to play in a World Cup final. It will be a matter of the same again trying to produce everything that we can performance-wise but enjoy the day."

Morgan said that he was happy with the way his side took advantage of the conditions on offer at Edgbaston against the strong Australian bowling unit.

"They are a very strong side with a lot of top class bowlers. Obviously Mitchell Starc has had a very good tournament and Nathan Lyon is an exceptional Test match bowler, that can have a good day any day. The way that we took advantage of conditions, we batted well on a very good batting wicket, that suited us, and we can have bad days where it doesn't come off, but we stuck to the way we play and that was satisfying," he smiled.

Elaborating on the process of transformation, Morgan said: "Yes, it's been a process for the last four years. In 2015 we were way off the mark, we struggled against the top teams, and the teams that sat below that, so there was quite a drastic change in the way we played and the way we looked at playing our 50-over cricket. That has worked out extremely well for us and given the support that we've had throughout, the ECB, the backroom staff, as players we have taken that I suppose as far as we can so far."

Asked if the team had watched New Zealand play India in the first semi-final, Morgan said they had. "I watched most of it right up until we trained yesterday. A great game of cricket. I thought India were completely done and dusted after the early wickets that New Zealand took. They bowled extremely well and took their opportunities.

"I think New Zealand throughout the whole tournament has been probably the hardest side to beat and the best side in the group stages. I think their performance in the semifinal was probably their best. They will be a difficult side to beat on Sunday, so we are looking forward to it," he said.

Asked if this was the team's best show in recent years after dominating white-ball cricket, Morgan said: "I think close to. I think particularly the bowling unit. When you perform like that, you continue to take wickets, along with a little bit of luck, but we were quite persistent in the lengths that we bowled. We stuck to our plans, our plans managed to work, even when (Steve) Smith and (Alex) Carey started to dominate and grow in their partnership, we found something, an opportunity.

"We didn't drop a catch on Adil (Rashid), which is great, that allowed him to build momentum and confidence and he bowled brilliantly."

While the main task of lifting the World Cup awaits, Morgan is happy with the show the team has put on so far. "It sounds pretty cool and it feels pretty good. The performance in the last three games, we have got better and better as a group. We talked before the tournament that we would have to do that in order to get to a semi-final and final and be contenders.

"So I think today was, I suppose, a step further in the performance and adding on the two that we've built on already, I think it was important that we did that," he said.