Australia vs England: In the ongoing 5th test of the match of the Ashes series, Australia, like in every other match have once again maintained a stronghold on this match. During Australia's first innings, we witnessed a moment where technology - which has evolved our beloved game so much, proved to be a hurdle in the game. 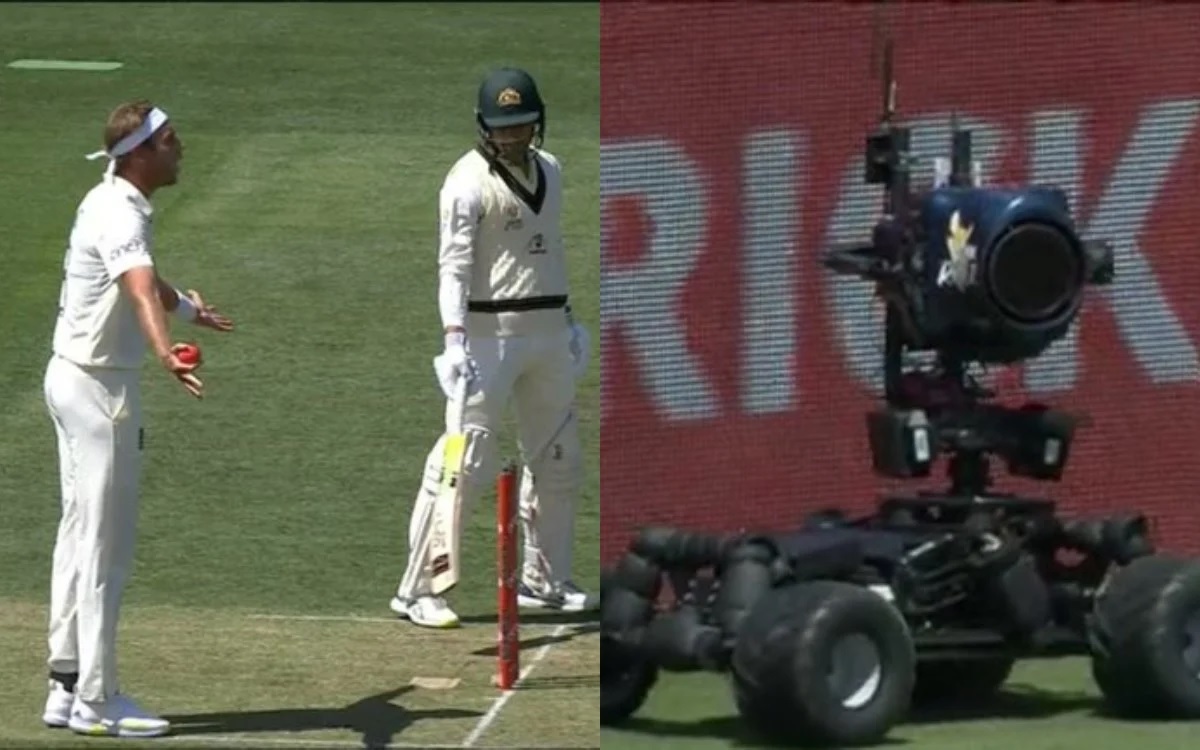 During the 63rd over of the Australian innings, Stuart Broad was at the start of his run-up and was running in to bowl the final delivery of the over. At that time Australia were 245/6 with Mitchell Starc on strike and Alex Carey at the non-striker's end. As Broad was going to bowl the ball he stopped in his run-up just as he was reaching the umpire and threw his arms down in frustration.


SA vs IND: Learning From The Loss In First Test Prepares Us For The Victory, Says Dean Elgar

Actually, the English pacer spotted a 'Fox Rover', a robotic camera at the boundary rope, about 75 metres away from Broad. This disrupted his focus and couldn't go through with the delivery. The 35-year old was heard shouting through the stump mic, 'Stop moving the robot!'. The video is rapidly getting viral and being shared in amusement by the fans.

Not a fan of the @FoxCricket rover, then? #Ashes pic.twitter.com/1ctxyHdVC7

While talking about the match, after England won the toss & opted to field first, they managed to stop Australia at a total of 303. However, in reply, the English team lost both the openers are early and are at 124/6 at Tea on Day 2. Australia have already won the series with consecutive wins in the first three matches. England managed to draw the fourth test and avoided a clean sweep.