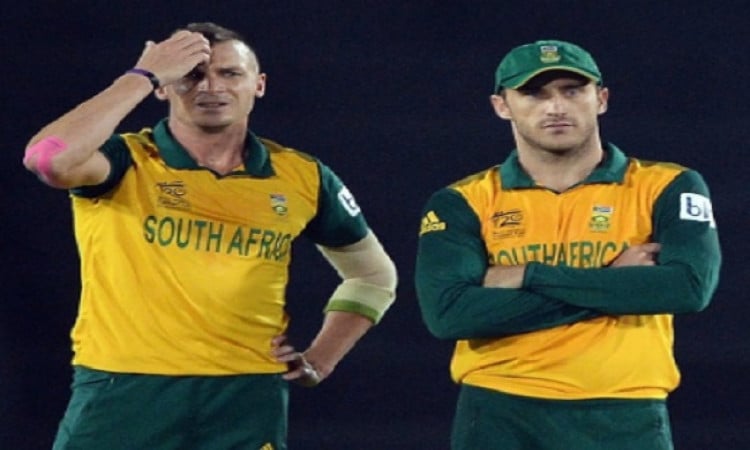 May 25 (CRICKETNMORE) It was a cakewalk for South Africa as they registered a 87-run victory against Sri Lanka in a World Cup warm-up game on Friday, but more importantly it was their depth in squad that came to the fore.

Phehlukwayo was particularly impressive with the ball, as Hashim Amla (65) and skipper Faf Du Plessis (88) also got runs.

"I think there is quite good competition and good depth within the squad," Phehlukwayo was quoted as saying by www.cricketworldcup.com.

"Personally, I am not looking in terms of those competitions. I just want to contribute for the team, whoever is playing in that all-rounder position is obviously the person in form and hopefully they can do the job for the team. Aside from that I don't think personally I have any agenda in terms of the all-rounder.

"We have a very diverse squad so I think on the day we can play any combinations and that team that is fit to play will do everything to perform and to win the game for South Africa. So, at the moment I am really not sure, but I know that the diversity and the depth that we have in our squad is really good so whoever is fit to play will do the job for the team."

Skipper du Plessis said that at least one of those three players would have to sit out.

"There is definitely not space for three of them," he said. "Depending on fitness, Dale Steyn is progressing. So, if he doesn't progress the way that he wants to then two all-rounders come into the equation. If our fast bowlers are all fit, we love that diversity in our attack."

Asked about the possibility of games during the World Cup being high-scoring, Phelukwayo said it's all about the mindset in terms of watching games.

"Obviously, they bowled quite well and the wicket had something in it through the whole innings so it was nice to see that both of the teams got a good outcome out of the game. Especially for us, out there batting and scoring 300 runs is quite a lot of confidence for us going into the tournament," he pointed.