Staying in the zone helped me succeed in West Indies, says Ajinkya Rahane 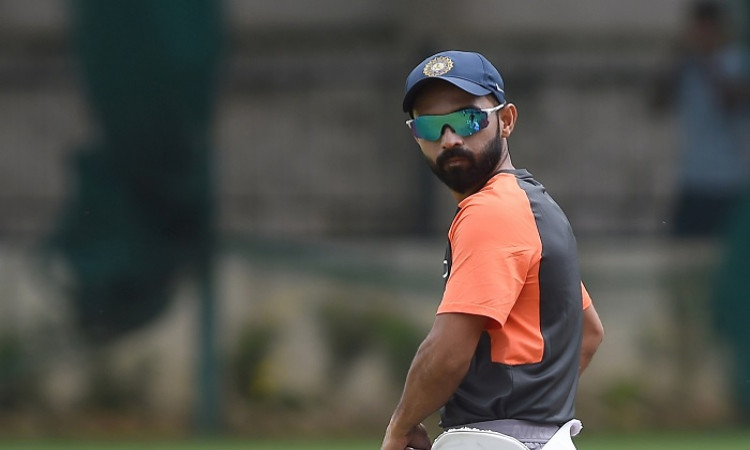 Visakhapatnam, Oct 1: India's Test vice-captain Ajinkya Rahane had a good outing in the recently concluded Test series in the West Indies, amassing 271 runs from four innings at 90.33 to help his side register a clinical 2-0 victory.

Despite the great run, Rahane feels the show in the Caribbean is a matter of past as he focusses to start afresh when India take on South Africa in the three-Test series starting here from Wednesday.

When asked about the reasons behind his good run in the Caribbean, Rahane said he tried to focus more on the mental aspects as compared to the technical facets.

In the West Indies, Rahane shared some valuable partnerships with Hanuma Vihari. Vihari too, starred with the bat for India, scroring 289 runs from four innings. On batting with Vihari, Rahane said that 'good communication' between them was the key to their success.

"I think when you bat, it is important to trust your partner, be it a batsman or a bowler. With Vihari batting at No. 6, it was important to communicate as when the No. 5 and No. 6 are batting together, it is crucial to asses the situation.

"It is important to communicate and see how the planning to bowl. We both communicated well, we knew when we had to attack or when to defend... So communication was the key," Rahane said.

On reverse swing being a factor in India, he said: "It is a factor in India, but we are not sure at which point it will come into play. As a batsman, you have to be prepared before the series starts. Good practice sessions and communication are very important."

Though India go into the Test series against South Africa as favourites, Rahane feels the visitors deserve 'respect' given the number of good cricketers in their line-up.

"It is important to win the series because the World Test Championship has started. Also, you can't take any team lightly and have to respect your opponents. With players like Temba Bavuma, Aiden Markram, who did well in the practice game, and Faf du Plessis in their ranks, South Africa have many experienced campaigners, so it is important to respect them. But at the same time, we have to play our game and as we know the conditions well, we must play as an unit and focus on our strengths," he said.

Rahane, however, didn't clarify on the speculation over India's playing XI for the first Test.