India is set to take on West Indies in a 3-match ODI home series from February 6th (Sunday). The series is crucial for both these teams as they would be looking to set their ODI template right keeping 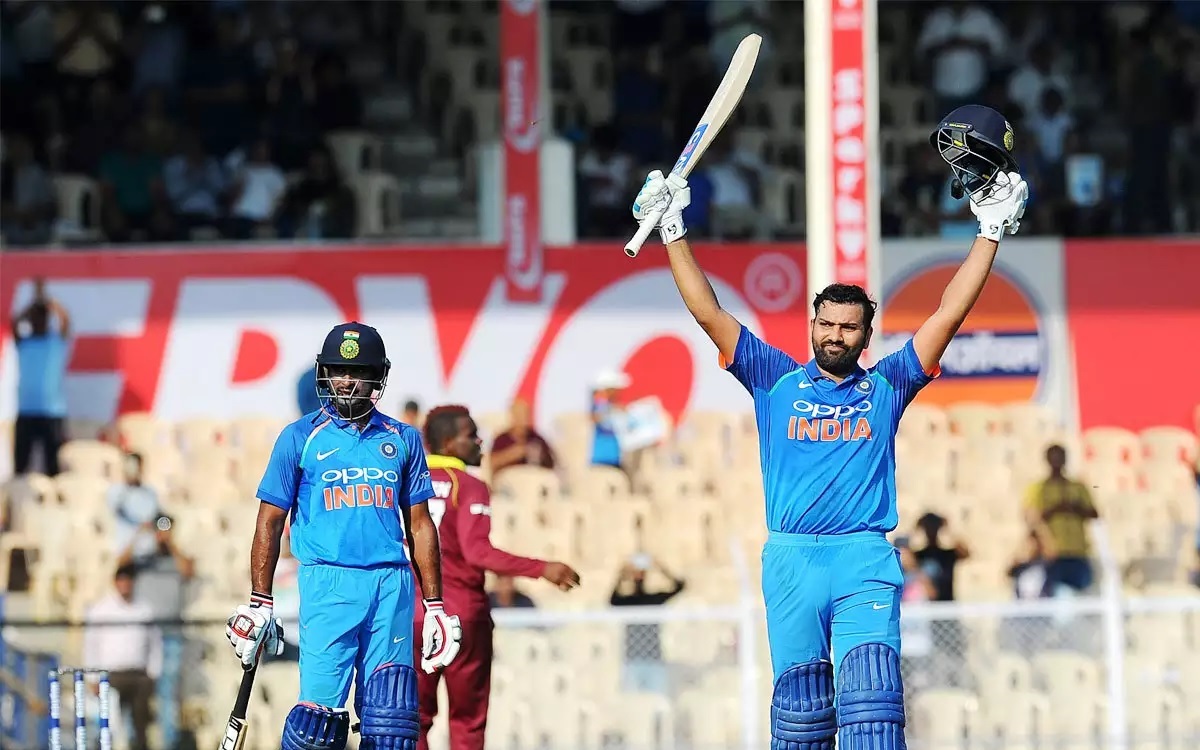 India is set to take on West Indies in a 3-match ODI home series from February 6th (Sunday). The series is crucial for both these teams as they would be looking to set their ODI template right keeping in mind the ICC World Cup 2023 which is set to be hosted in India.

Matches in India have often yielded many runs and are mostly high-scoring. When a batter plays long innings and constructs a partnership, a team is led to a huge total. Individual performances sometimes help the team in achieving a win.


IND vs WI: Not A Lot To Change About The Indian Team's ODI Template, Says Rohit Sharma

As we approach the 3-match ODI series between India and West Indies at Narendra Modi Stadium, Ahmedabad, let's take a look at the highest individual scores in India vs West Indies ODIs.

The Windies legend batter with an unorthodox batting stance comes 5th on this list with his score of 149*. In the first ODI between West Indies and India at Nagpur in 2007, West Indies won the toss and opted to field first. India posted a huge total of 338 courtesy of Gautam Gambhir (68), Sourav Ganguly (98) and unbeaten knocks by MS Dhoni (62*) and Rahul Dravid (54*).

In reply, Windies openers Chris Gayle (52) and Chanderpaul (149*) tried to put up a fight but other batters failed and Windies managed 324/8 in 50 overs, losing the match by 14 runs.

In reply, West Indies bowlers did a fine job and restricted India to 188/8 in the allotted overs and won the match by a margin of 101 runs.

In reply, Shai Hope (123*) and Shimron Hetmeyer (94) did their best to cross the winning line but the Indian bowlers held their nerve and stopped the tourists at a tie.

Indian captain Rohit Sharma comes 2nd on this list with his 162 in the 4th ODI at Brabourne Stadium, Mumbai in 2018. The right-handed opener tore apart West Indies bowling with his 162 off 137 balls, smashing 20 fours and 6 sixes. Ambati Rayudu also contributed with 100 off 81 balls and India posted a total of 377/5.

West Indies in reply proved to be ineffective against the Indian bowling and were restricted to a total of 153 in 36.2 overs. For India, Khaleel Ahmed and Kuldeep Yadav picked up 3 wickets each while Bhuvneshwar Kumar and Ravindra Jadeja picked up 1 wicket each.

The Indian legendary opener Virender Sehwag wrote history in the 2nd ODI at Indore in 2011, as he smacked a double century, and became the 2nd batter to do so in an ODI at that time. Sehwag's 219 off 149 balls helped India to a massive total of 418/5 in 20 overs. Sehwag smashed 25 fours and 7 sixes and made the highest individual score in ODIs at the time.

Apart from Sehwag, Gautam Gambhir (67) and Suresh Raina (55) contributed with fifties. In the 2nd innings, Dinesh Ramdin was the top scorer with 96 runs but the Windies lost their rhythm chasing such a huge target and were bundled for 265 in 50 overs, losing the match by 153 runs.