July 5 (CRICKETNMORE) Cricket fans are already betting on an India-Australia final at the Lords on July 14 and if things pan out that way, the injuries to Shaun Marsh and Glenn Maxwell at the nets on Thursday were dangerous signs for Virat Kohli and boys. Maxwell and Marsh were hit by short balls from Mitchell Starc and Pat Cummins at the nets. While Marsh has been ruled out, Maxwell is under observation. 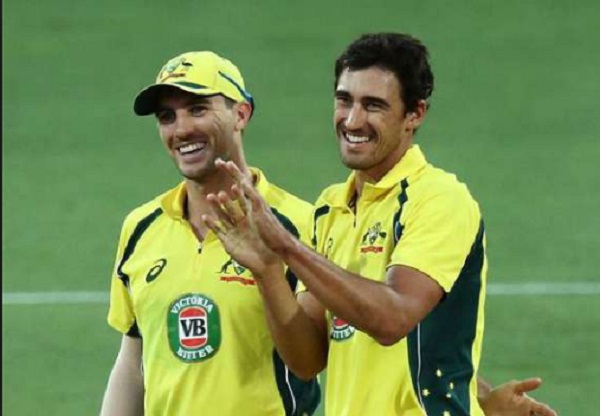 While no bowler wants to hit another player, especially his own teammate, the injury to the two shows that these guys mean business and are leaving no stones unturned to go full throttle even at the nets. A similar situation caused India all-rounder Vijay Shankar to be ruled out of this year's World Cup after being hit on the toe by a Jasprit Bumrah yorker.

Coming back to Thursday's event, Starc has made it clear that the team means business and that their show against India in the group stage shouldn't be taken too seriously as the boys were only still getting warmed-up.

"I think since that game (group stage match against India), we've taken wickets through the middle fairly regularly, and whether it's attacking more -- or I think the biggest part was the execution. We were all probably a little bit off in that Indian game and they had wickets in the shed and exploded at the end. We've continued to improve since that game through our execution and being really calm," he said.

While injuries to the batsmen would have usually caused some disbalance in the planning of the management, but in this case, Marsh wasn't a regular playing-XI member in this World Cup and Maxwell is said to be recovering well.

Clearly, the Indian boys need to buckle up for some hot stuff that might be dished out to them if the two teams indeed collide in the final of the 2019 World Cup.