DC's top order lineup is unable to justify themselves during powerplays as they failed to get runs. The duo of Warner-Prithvi fell cheaply in the game against Lucknow Super Giants at the Wankhede to lose the chase of 195 by 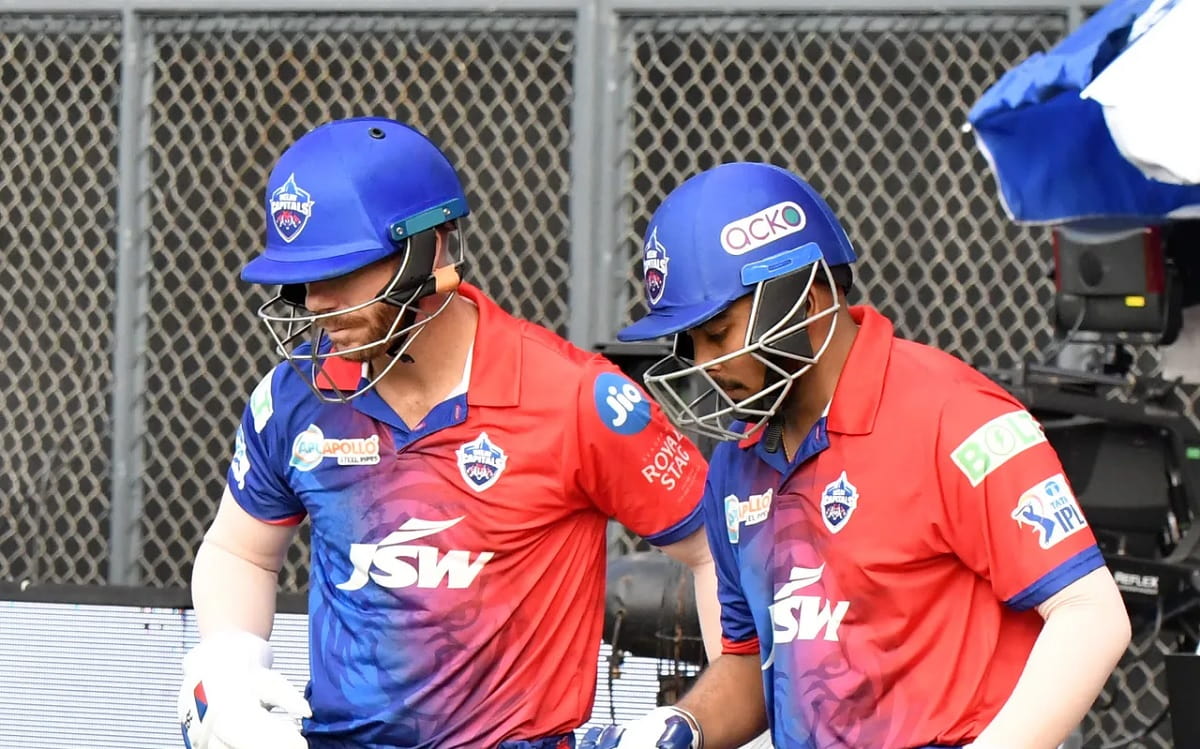 Australian batting stalwart David Warner has re-emphasised the point that the top-three batters in the Delhi Capitals side -- him, country-mate Mitchell Marsh and young Prithvi Shaw -- will have to keep posting good scores for the team to entertain hopes of making the grade in IPL 2022.

While Warner and Shaw have forged some superb partnerships this season, the duo fell cheaply in the game against Lucknow Super Giants at the Wankhede on May 1 to lose the chase of 195 by a mere six runs.


IPL 2022 Stats: Which Bowlers Have The Best Economy Rate In Death Overs?

The Australian stalwart and Shaw were unlucky to fall on 5 and 3 runs respectively, while Marsh who was batting confidently on 37, didn't go for a review of his caught-behind dismissal -- which would have ruled him not-out -- and preferred to walk back to the dugout.

Speaking about the importance of the top-3 to fire, Warner said, "I think the most important thing is myself or him (Prithvi Shaw) or Mitch (Mitchell Marsh) scoring an 80 or 90 or even a hundred if we can, to post good totals or chase down big totals, and that's the key. I think that's the focus for every other team. The teams who are doing well are scoring big runs at the top of the order. And, two players are actually scoring big in the games, they are the ones that you really need to shine to win these games."

Delhi Capitals suddenly find themselves in troubled waters at No. 7 on the points table with eight points from nine games. They meet Sunrisers Hyderabad at Brabourne on Thursday and every game from hereon is a must-win for them.

Warner will be a vital cog for Delhi on Thursday, given that he has scored 264 runs, including three half-centuries in seven games so far this season.

Reflecting on the team's campaign, Warner stated, "I think if you look at the results, we've just missed out when we are chasing those big totals. We have managed to get so close, but they are the ones that hurt you. Moving forward from where we are, we've obviously got to win every game to make it to the finals.

"There's a strong competition, two teams we have got to come against -- Punjab Kings and Sunrisers Hyderabad -- who are pretty much similar points to us. We could get that upper hand if we beat Sunrisers (on Thursday). We then go into the top-four, but obviously, we need RCB to start losing as well. It's quite a congested table, but exciting for the rest of the tournament," he added.

Asked about his form and the experience of batting with Prithvi Shaw, the opener said, "We've got off to a good start. In the last match (vs LSG), we've fallen cheaply, both of us, and that can happen in this game because we have to play that high-level brand of cricket in the powerplay."