New Delhi, July 24:  Legendary Indian leg-spinner Anil Kumble recently jogged down the memory lane and recalled his famous 10-wicket haul against Pakistan in the second Test of the 1999 series at the Feroz Shah Kotla. 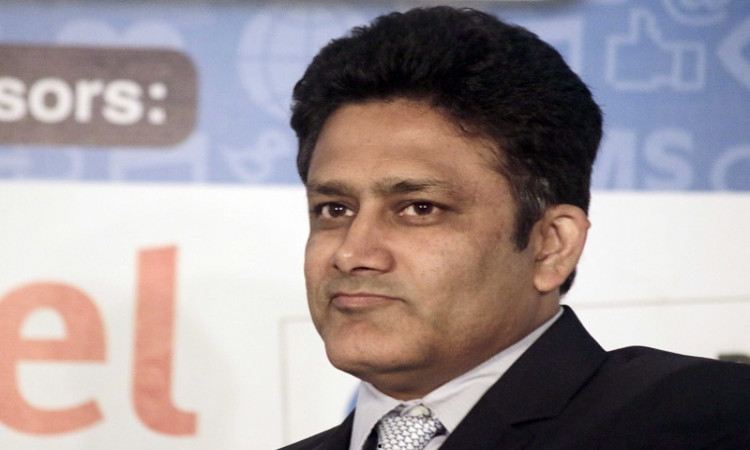 Kumble became only the second cricketer in the history of the longest format to scalp 10 wickets in an innings after Englishman Jim Laker.

"It's like it happened yesterday for me. It was very special. It was a series where India and Pakistan were playing in India after a long time," Kumble told former Zimbabwe cricketer Mpumelelo Mbangwa during a live chat on the latter's Instagram handle.

"It was a two-Test series... the first one in Chennai we lost by 12 runs. So going into Kotla we knew we had to win that match."

Kumble also described the conditions on the fourth day of the Test when he scripted history in front of the packed stands at the venue.

After running through the top-order and middle-order, Kumble targetted the lower-order in the final session of the day. He spoke about how his former teammate Javagal Srinath ensured Kumble wasn't left with a nine-wicket haul and that is why he started bowling wide of the wicket.

"Till lunch, Pakistan had got off to a great start. I knew it was a matter of one wicket. After lunch, I changed ends. I got 1, then 2, and then it went on and on," Kumble recalled.

"I bowled non-stop from Lunch to Tea, but I was getting tired. I knew I had a great chance to better my previous best because I was 6 on 6.

"After Tea, I got 7, 8 and 9. And finished my over and Javagal Srinath had to bowl one, that was probably the toughest he had to bowl," he added.

"He had to unlearn all his skills and bowl wide. But I didn't ask him, believe me. I thought, ‘Let's give Wasim (Akram) a single'.

"But I thought I had to get one that over, because it would have been embarrassing to ask one more. I was just destined. One down in a series, against Pakistan, just so special."