Dhananjaya de Silva and Dinesh Chandimal put Sri Lanka in a strong position on the first day of the first Test against South Africa in Centurion on Saturday.De Silva made 79 before retiring hurt and former captain Chandimal hit 85 as Sri Lanka reached 340 for six at the close. 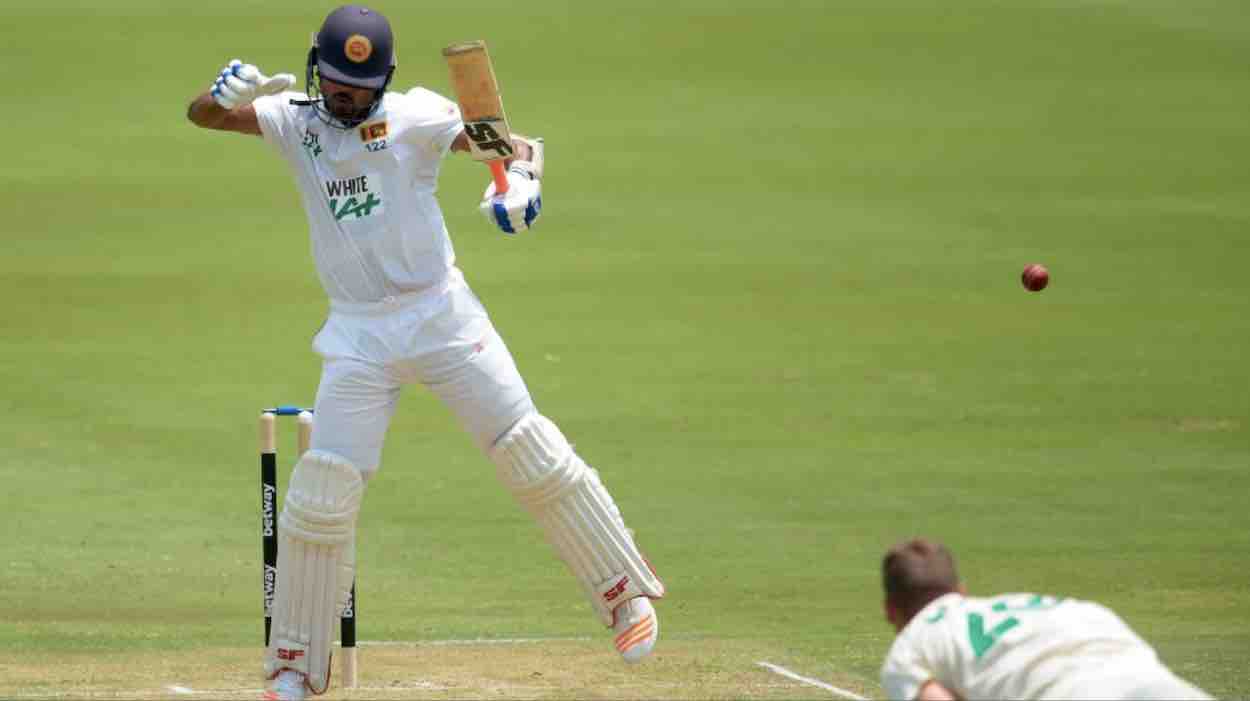 De Silva suffered what appeared to be a left hip injury while running between wickets and was taken off the field on a motorised stretcher. It was not clear whether he would be able to take any further part in the match.

His injury ended a partnership of 131 with Chandimal. Together they stabilised the Sri Lankan innings after a helter-skelter start in which they lost their first three wickets for 54 runs inside 11 overs.

De Silva played some flowing strokes in hitting 11 fours and a six off 105 balls, while Chandimal played an anchor role, reaching his half-century off 116 balls in the last over before tea.

Chandimal and Niroshan Dickwella (49) added another 99 runs before South Africa finally claimed a fourth wicket when Chandimal was caught at slip when he gloved a ball from all-rounder Wiaan Mulder which kicked off a length. Chandimal hit 11 fours in his 161-ball innings.

The medium-paced Mulder was South Africa’s most consistent bowler and finished the day with three wickets for 68 runs.

South Africa were fielding their most inexperienced fast bowling attack since 1993, with Lungi Ngidi, Anrich Nortje, debutant Lutho Sipamla and Mulder having just 12 caps and 35 wickets between them.

On a pitch which offered bounce and early movement, the bowlers struggled to find consistency, with Sipamla leaking 28 runs in three overs with the new ball.

Sipamla was playing ahead of the uncapped Glenton Stuurman, who had been expected to play but was judged not to have recovered fully from a thigh injury.

Sri Lankan captain Dimuth Karunaratne capitalised on Sipamla’s loose bowling to score 22 off 20 balls before he was bowled off an inside edge by Ngidi with the total on 28 in the fifth over.

Sri Lanka then lost two wickets to loose shots with the total on 54.

Kusal Mendis mistimed a pull shot and was caught at mid-on off Nortje before Kusal Perera played a wild slash at Mulder and was caught behind in the next over.

Because of Covid-19 protocols, the match was played without spectators.

It was the first Test match since January for both teams.