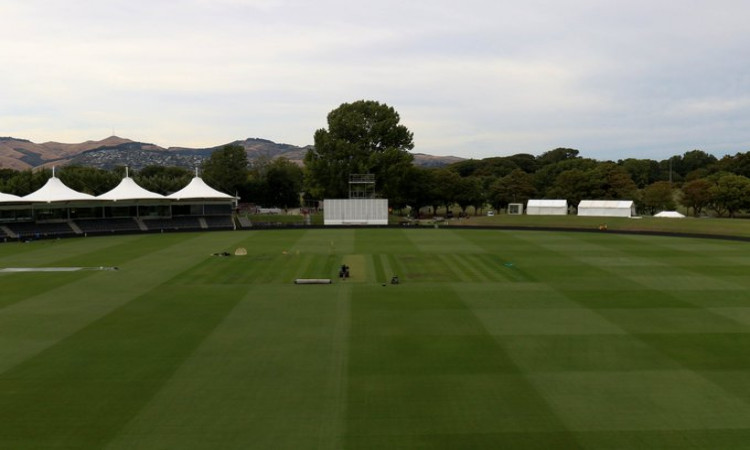 Christchurch, Feb 27:  The Board of Control for Cricket in India (BCCI) on Thursday took a dig at the Hagley Oval pitch where New Zealand and Team India will be taking on each other in the second and final Test beginning Saturday.

"Spot the pitch," read a tweet from BCCI with a couple of confused emojis as the 22 yards looked quite similar to that of the lush green outfield.

The pitch at the Hagley Oval will be closely watched by the Indian team as they look to bounce back and level the series after losing the first Test by 10 wickets in Wellington.

The Indian batters were found wanting against the pace and bounce which was on offer at the Basin Reserve.

Apart from Mayank Agarwal and to an extent Ajinkya Rahane, the likes of Virat Kohli, Prithvi Shaw and Cheteshwar Pujara all found it difficult against the New Zealand pace trio of Trent Boult, Tim Southee and Kyle Jamieson.

And with Neil Wagner set to feature in the second Test, the task becomes all the more difficult for the Indian batters to come out with an improved performance and deny what can be their first series defeat in the ongoing ICC World Test Championship.