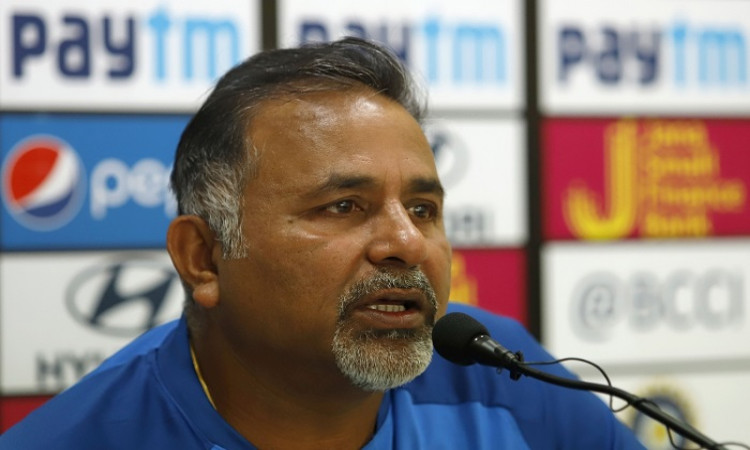 Chennai, Oct 25: India bowling coach Bharat Arun believes the team, at present, has a variety of great options available in Ravichandran Ashwin, Ravindra Jadeja and Kuldeep Yadav when it comes to spinners. Anyone of them can be picked for a Test match depending upon the conditions on offer.

In the recent series against South Africa which India won 3-0, Ashwin and Jadeja showed their prowess by emerging out as the leading wicket-takers from both the sides.

Ashwin, who didn't feature in West Indies Test series, was brilliant with his skills and picked up 15 wickets at an average of 25.26 in his comeback series.

Jadeja, who has been a regular feature of the side in all the three formats in last two years, was equally effective as he scalped 13 wickets, besides scoring 212 runs at an average of 70.66.

Left-arm chinaman Kuldeep Yadav, who has picked 24 wickets in the six Tests he has played so far, couldn't get a game against the Proteas. He got injured right before the third Test and in his place Shahbaz Nadeem was included in the XI in Ranchi.

"He (Ashwin) is among the best spinners in the world, top class, and is approaching 400 Test wickets. In fact Ashwin went to England and Australia as our No. 1 spinner then ran into fitness issues," Arun said in an interview to The Hindu.

"Ravindra Jadeja grabbed his chance, giving us control with the ball, solidity with the bat and fielding brilliantly. Away from home, if we have to pick one of the two in the eleven, it will be horses for courses looking at the conditions and the opposition.

"Then we have Kuldeep Yadav who picked five with his wrist spin in his last Test in Sydney. We have an embarrassment of riches," he added.

The bowling coach also heaped praises on Umesh Shadav and Mohammed Shami, who performed exceedingly well against South Africa and played a crucial role in India's first-ever series whitewash over the Proteas.

"He's (Umesh) strong and quick and now he is bowling in better channels, making the batsman play around the off-stump. He's got reverse swing, has a nasty short ball. He and Shami, who is fast, accurate and dangerous, are a potent combination," said Arun.

"We not only have quality pace bowlers but quality fast bowlers with different skill sets. And unlike in the past where we had one or two exceptional bowlers, we now have a bunch of pacemen who can bowl at over 140 kmph," he added.

The 56-year-old coach also provided an update regarding Jasprit Bumrah -- who has been ruled out due to a stress fracture -- saying he will not be needing any surgery as off now and is expected to make a return before the New Zealand Test series.

"Fast bowling is an unnatural activity. Despite our best efforts there can be no guarantees. We expect Bumrah to be back sooner than later, hopefully in time for the New Zealand Test series that is our next big challenge. As of now, he doesn't need surgery," said Arun.