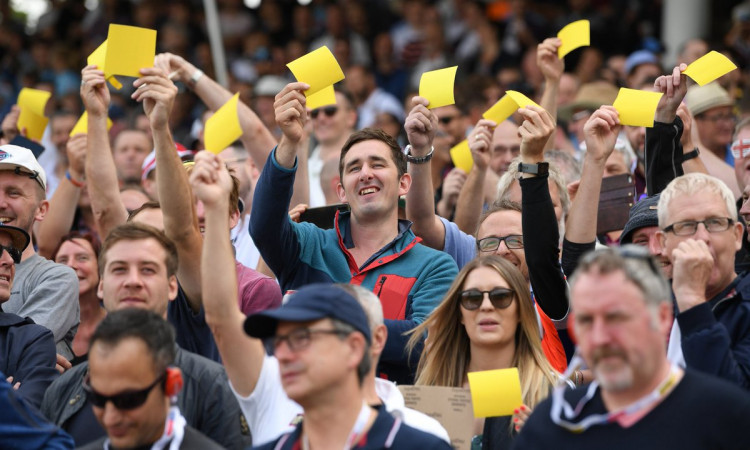 Birmingham, Aug 2: The Australian trio of David Warner, Cameron Bancroft and Steve Smith -- involved in 2018's Sandpaper Gate fiasco -- had to face a rough time on Day One of the first Ashes Test at Edgbaston.

On Thursday, Warner and Bancroft didn't have a great return to the Australia Test side as they were both dismissed by Stuart Broad within the first eight overs of the match. While Bancroft scored a mere 8, Warner could manage only two runs.

Having served their respective bans for their roles in the Sandpaper scandal, the Australian openers were greeted with a chorus of boos by the hostile Edgbaston crowd.

In addition to the boos, the English crowd also waved sandpapers at both Bancroft and Warner post their dismissals as they walked off the field.

Bancroft was caught trying to rough up one side of the ball with sandpaper the Cape Town Test against South Africa. Warner and Smith were banned from international cricket for 12 months while Bancroft was handed a nine-month ban by Cricket Australia.

However, Smith didn't pay any heed to the hostile treatment he got from the English crowd and played a magnificent 144-run knock to take Australia to 284 in their first innings.