South Africa will lock horns against Zimbabwe in the 7th match of Super 12 in T20 World Cup 2022 on Monday, October 24 at Bellerive Oval, Hobart. 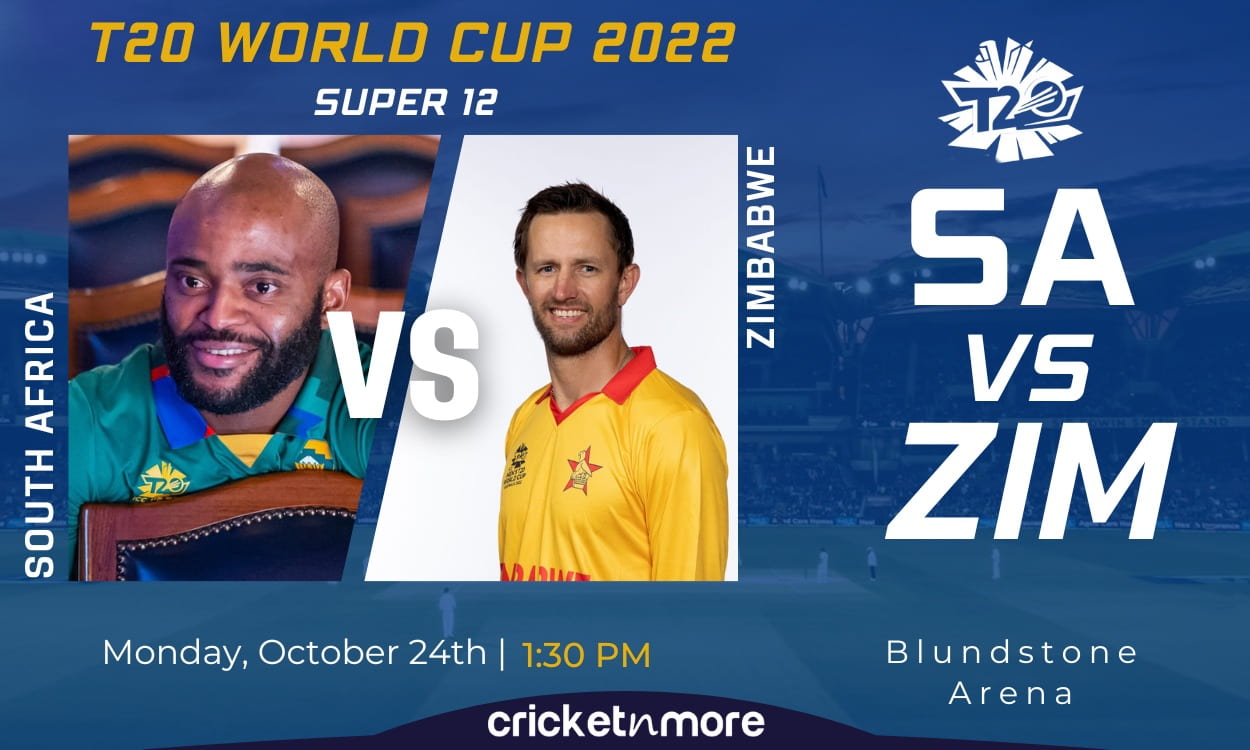 South Africa will lock horns against Zimbabwe in the 7th match of Super 12 in T20 World Cup 2022 on Monday, October 24 at Bellerive Oval, Hobart.

South Africa looks to be a very balanced team. In the warm-up match, they defeated New Zealand by 9 wickets where the batters secured the game for the Proteas.

In this match, Riley Russo, showing his best form, scored 54 runs in 32 balls and Riza Hendricks scored 27 runs. At the same time, Aidan Markram got 16 from his bat which helped South Africa achieve the target of 99 runs in just 11.2 overs.

The team has an excellent batting lineup in the form of David Miller, Henrik Klaasen, Tristan Stubbs, and Quinton de Kock.

In the warm-up game, the New Zealand batsmen had to struggle for one run in front of the South African bowlers. Keshav Maharaj took 3 wickets in his name, and Wayne Parnell and Tabrez Shamsi took two wickets each.

Group B of Round 1 was topped by Zimbabwe where the team won two out of three matches.

Sikandar Raza with 136 runs in 3 matches at an average of 45 scored the most runs for Zimbabwe during Round 1 but other than him, no other batsman has been able to perform very well.

Captain Craig Ervine (67), Luke Jongwe (49), and Medherwe (49) have also scored some runs, but these do not affect the figures.

The bowlers of the team have done well as Blessing Mujarbani leads the chart with 6 wickets out of 3 matches.

ZIM vs SA: Where to Watch?

Zimbabwe and South Africa match will be get broadcasted on the Star Sports network on TV, and Hotstar for Indian viewers.

There is no update on any player getting injured.