England clean-swept South Africa in the T20 series by 3-0. The two teams will now meet to play the ODI series starting from Friday. 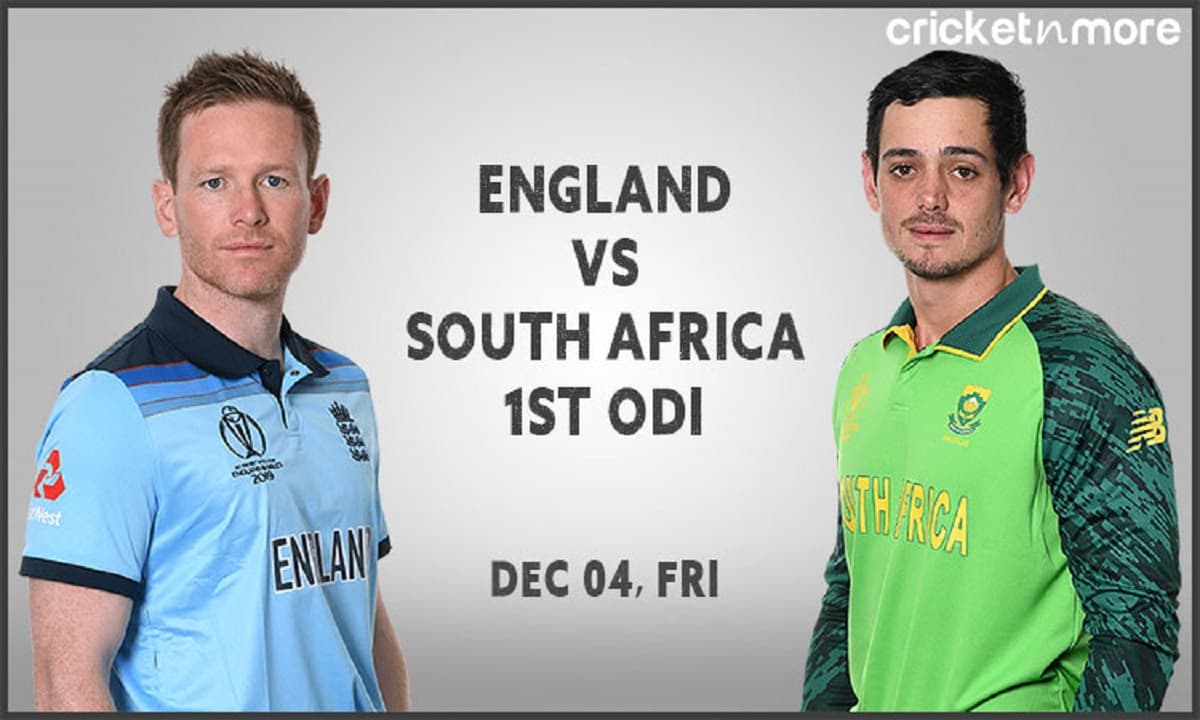 South Africa had a few positives with the bat during the T20 series. Captain Quinton de Kock continued his good run of form. Rassie van der Dussen impressed everyone with his batting. David Miller could get a look into the playing XI.

George Linde was impressive with both bat as well as the ball in the T20 series. Anrich Nortje and Lungi Ngidi look set to share the new ball.

England's batting looks strong even without Ben Stokes. Captain Eoin Morgan will get good support from Joe Root, who is back in the ODI squad. Jason Roy didn't have a memorable T20 series and will be looking to make a mark in the ODI setup.

Chris Woakes and Mark Wood will be leading the bowling attack. Adil Rashid and all-rounder Moeen Ali are the likely two spinners to be included.

England dominated South Africa in the T20 series and are looking set to be on the top once again in the ODI set up.

South Africa - Kagiso Rabada has been ruled out of the ODI series due to injury. Faf du Plessis, Reeza Hendricks, and Bjorn Fortuin have been released from the ODI squads.