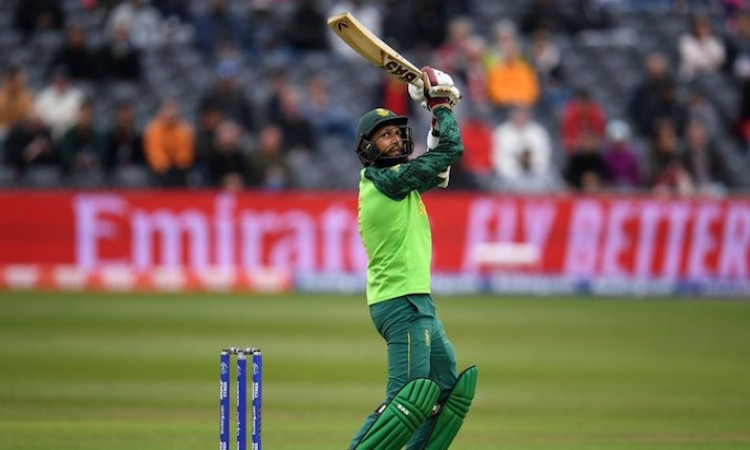 May 27 (CRICKETNMORE) - South Africa’s top-order put the finishing touches on their World Cup preparations in a rain-affected encounter against West Indies in Bristol. Hashim Amla scored his second, successive half-century, off just 44 balls, after finding form in the first warm-up match on Friday.

There, Amla’s touch and timing was apparent, here, he was fine-tuning, turning the wrists over and scoring quickly.

In addition to his eight boundaries, Amla also struck the only six of the innings, a ramp shot off Oshane Thomas to out-bat is regular opening partner, Quinton de Kock.

The wicket-keeper-batsman returned to the line-up after being rested from the first warm-up game and picked up from where he left off at the Indian Premier League, where he was the third-highest run-scorer.

De Kock powered his way to 37 off 30 balls, which included a cracking cover drive and two meaty pulls before the first rain delay.

After an initial interruption of 29 minutes, the players came back for seven balls before being forced off the field for a further three-and-a-half hours.

The stop-start nature of the day did not affect South Africa’s opening pair and they returned from the long delay to score 35 runs off 20 balls before the drizzle returned and play was called off.