South Africa hopeful Rabada will be fit for WC 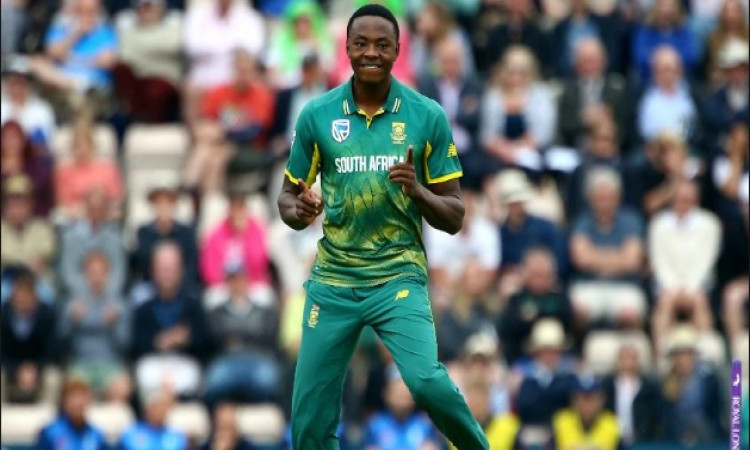 May 12 (CRICKETNMORE) South Africa are hopeful that injured pace spearhead Kagiso Rabada will be fit in time for the World Cup as he was sidelined for another 2-3 weeks.

Cricket South Africa's medical team said they had taken an 'extra cautious' approach with Rabada due to his history of back complaints and were confident he will play a role in the tournament.

"The anticipated recovery period for Rabada's injury is two to three weeks and we are hopeful he'll make a full recovery to be part of the World Cup squad," team doctor Mohammed Moosajee was quoted as saying by www.cricket.com.au.

Rabada complained of back pain while playing for Delhi Capitals in the Indian Premier League. He returned home for further assessment.

Besides Rabada, South Africa are also plagued with injuries to Dale Steyn (shoulder) and Lungi Ngidi (side).

"The selectors have ensured they have enough options on the table but there are some players that have been earmarked as standby players," Moosajee added.

According to the World Cup rules, 15-man World Cup squads must be finalised by May 23, while injured players can be replaced during the tournament.

For the Proteas, paceman Anrich Nortje was ruled out of the tournament due to a hand injury last week and was replaced by all-rounder Chris Morris.