South Africa fielders search for ball stuck inside boundary board 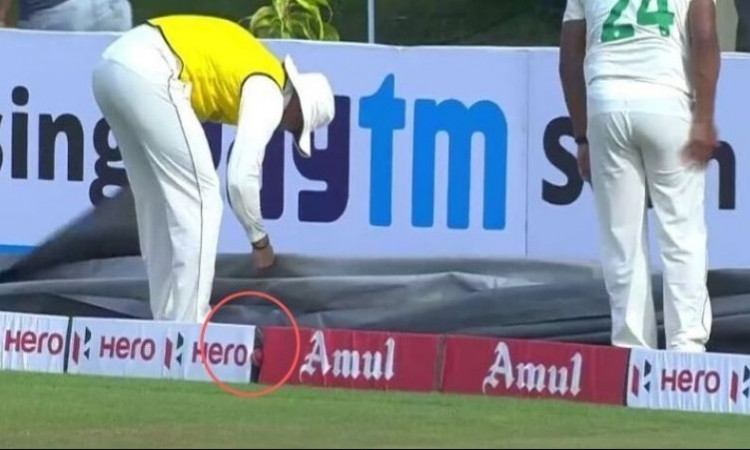 Visakhapatnam, Oct 3:  The first two days of the first Test between India and South Africa in Visakhapatnam was mostly dominated by the hosts' batsmen. Openers Rohit Sharma and Mayank Agarwal put up a mammoth 317 run partnership before the latter put up 50-plus stands with Virat Kohli and Ajinkya Rahane on his way to a maiden Test double ton.

After the dismissal of Agarwal, it was all about India looking to cross 500 as quickly as possible on Day 2 and put the South Africans in for a tricky spell in the final part of the day. The usually fiery Ravindra Jadeja was playing an anchoring role as the lower middle order batsmen hit boundaries around him.

Jadeja never hit a four in his innings that lasted 46 balls and produced 40 runs. However, a ball that Keshav Maharaj bowled to him did trickle down the leg side for four byes. It ended up lodging itself between the advertisement padding of the boundary ropes and it took some time for the fielders to stop searching beneath the covers behind it.