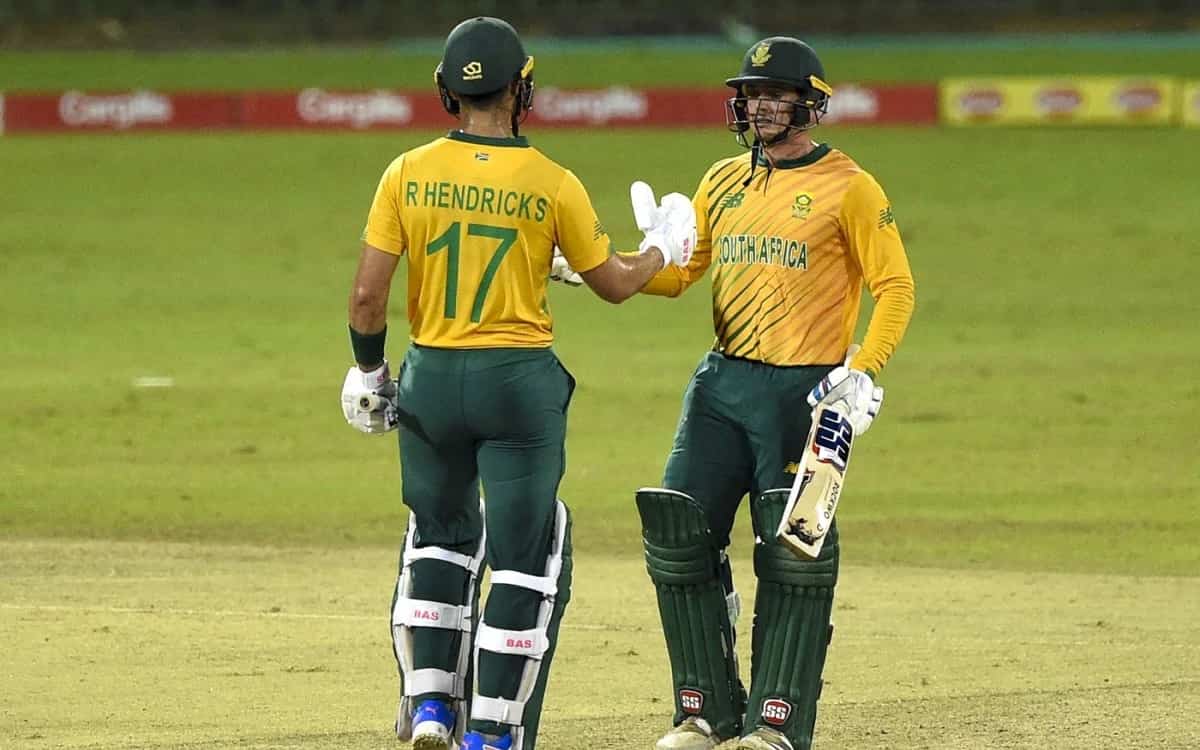 Chasing 121 for victory, South Africa romped home in 14.4 overs with De Kock on 59 and Hendricks making 56 in the third T20 in Colombo. Visiting bowlers Bjorn Fortuin and Kagiso Rabada took two wickets each to restrict Sri Lanka to 120-8 after the hosts elected to bat first.

The Proteas extended their winning streak to seven in T20 matches. They had clinched their third straight series in the shortest format with victory in the second match. "Full credit to the boys, they played really well after losing the ODIs," said skipper Keshav Maharaj, who made his T20 debut at the start of the series.

"Good preparation building up to the (T20) World Cup." De Kock and Hendricks put on South Africa's highest T20 partnership of 121 for any wicket against Sri Lanka in another show of dominance after their previous nine-wicket win.

De Kock, a left-hand wicketkeeper-batsman who hit a match-winning 58 in the second T20, raised his fifty in 40 balls and took the attack to the opposition bowlers. Hendricks recorded his seventh T20 half-century and hit five fours and one six in his 42-ball knock.