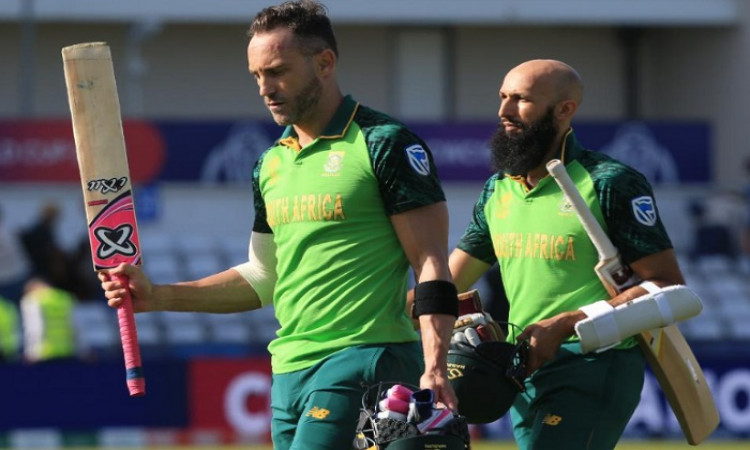 Chasing a target of 204, Hashim Amla and captain Faf du Plessis put up an unbeaten second wicket stand of 175 runs to secure the win. This was South Africa's second win of the tournament.

The lone South African wicket of Quinton de Kock was taken by Lasith Malinga in the fifth over. du Plessis and Amla then ensured that it was the last time Sri Lanka celebrated as they calmly took their side to victory. The pair hit 15 fours and a six in their unbeaten stand which was the best second wicket partnership of this World Cup.

Earlier, du Plessis had won the toss at Chester-le-Street and decided to bowl first. The South African pacers never let the Sri Lankan batsmen settle with Dwaine Pretorius and Kagiso Rabada taking out the top order within the first 12 overs. Playing his first match of the tournament, Pretorius won the Man of the Match for his figures of 3/25 in 10 overs.

While South Africa are already out of the competition, a win here was necessary for Sri Lanka to keep their hopes of making the semifinals alive. They are not officially out of contention yet, but with six points from seven games and a net run rate of -1.186, they need to win their remaining two matches against the West Indies and India and hope for several favourable results in the games involving Pakistan, Bangladesh, England and New Zealand.