South Africa scored 249 runs in 40 overs after being put in to bat first and halted India to 240/9 to earn crucial World Super League points. 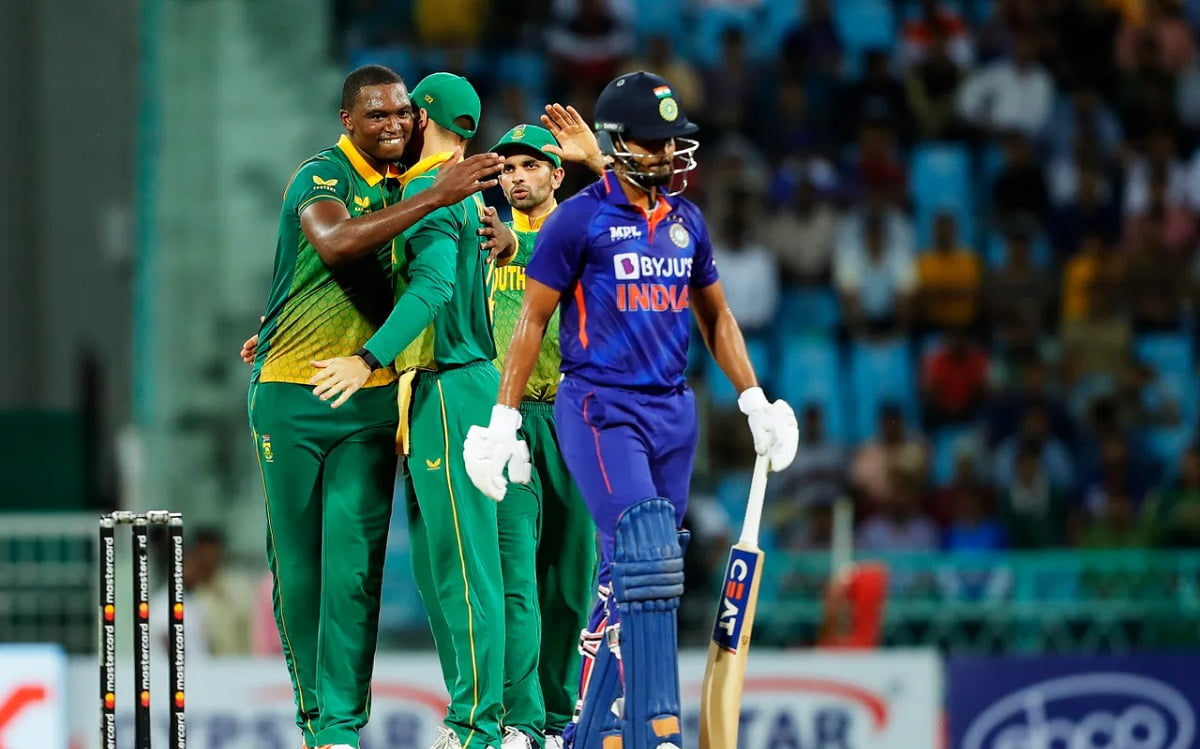 IND vs SA: South Africa bowlers exploited the young Indian batting lineup as the Proteas defeated India by 9 runs in the 1st ODI to go 1-0 up in the 3-match series. The visitors managed to clinch the match in the last over to earn crucial ODI World Super League points.

Chasing 250 runs in 40 overs, India lost in-form opener Shubman Gill (1) in the third over. Shikhar Dhawan (4) was also dismissed early (6th over) and Ruturaj Gaikwad had a horrid debut while batting at no. 3 as he managed 19 runs off 42 balls.

Ishan Kishan looked good in his 37-ball stay as he scored 20 runs in 37 balls with three fours. However, the young batter was dismissed by Keshav Maharaj in the 18th over before accumulating a huge score. Shreyas Iyer, batting at #5, produced good counterattack as he scored 50 runs off just 37 balls (4x8).

Iyer etched a partnership of 67 runs with Sanju Samson for the 5th wicket before getting dismissed by Lungi Ngidi in the 27th over. Sanju went on to etch a partnership of 93 runs in 66 balls with Shardul Thakur for the 6th wicket. Sanju remained not out as India required 30 runs to win off the last over.

Sanju smacked 20 runs in the over but India ultimately fell short, going 0-1 down in the 3-match series. The keeper-batter remained not out after scoring 86 runs in 63 balls (4x9, 6x3) For South Africa, Lungi Ngidi picked up 3 wickets while Kagiso Rabada grabbed 2 wickets. Wayne Parnell, Keshav Maharaj and Tabraiz Shamsi managed 1 wicket each.

In the first innings, With an in-form David Miller & Heinrich Klaasen smacking unbeaten fifties South Africa managed to post 249/4 in 40 overs against India in the 1st ODI. The match was shortened to 40 overs per side due to a rain delay.

Temba Bavuma (8) and Aiden Markram (0) were dismissed cheaply, after which Heinrich Klaasen and David Miller got together in the 23rd over and continued till the end to take South Africa from 110/4 to 249/4.

Earlier, India captain Shikhar Dhawan won the toss & opted to field first against South Africa in the 1st ODI. This match is being played at Ekana Stadium, Lucknow.