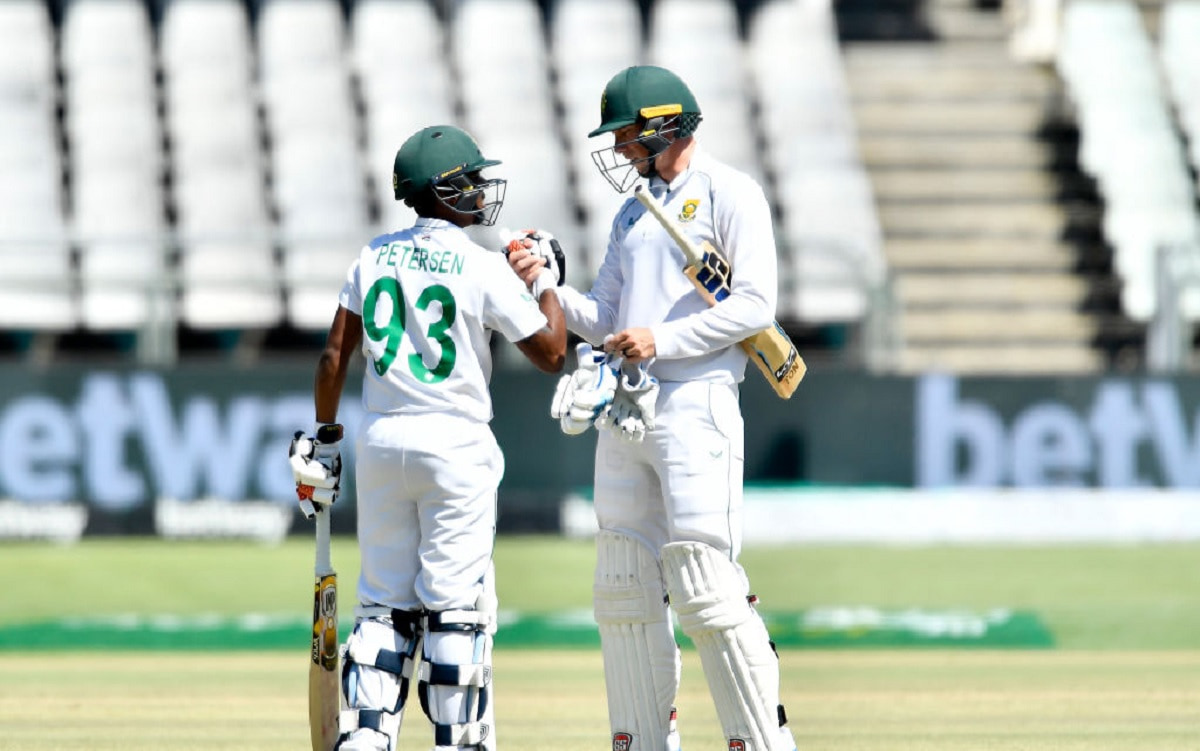 Resuming the day at 101/2, India deployed Jasprit Bumrah and Mohammad Shami right from the start and they continued to create chances as Petersen and Rassie Van der Dussen kept playing and missing.

One chance was made when Petersen finally edged one to the slips but Cheteshwar Pujara dropped a sitter at the first slip.
The duo stuck around and added 54 runs in 100 balls for the third wicket. Petersen was finally dismissed by Shardul Thakur with an inside edge that crashed onto the stumps but he had already scored 82 at that point to get South Africa into a great position.

Van der Dussen survived two DRS reviews in the first session - one where it was a very close call as the batter looked to hit the ground and ball passed right at the same time but the third umpire adjudged it not out. Another one was in the last over of the session and the ball crashed into his pads. Indian reviewed it and on review, it turned out to be an umpire's call on height.

In the final session, the South Africans cruised to victory without any hiccups and registered yet another test series win against India at home.

It's not as if India weren't in the game. Virat Kohli won the toss and opted to bat first but India's batting faltered in front of a well-oiled South African bowling lineup as they only managed 223 on the first day.

Captain Kohli top-scored for India in the first innings with 79 but none of the batters could turn up as Kagiso Rabada took four wickets, seven overall, and Marco Jansen also took seven wickets in the match - 3 in first and 4 in second innings.

South Africa, in reply, were bowled out for 210, giving India a lead of 13 runs. Jasprit Bumrah took his seventh five-wicket haul.

In the third innings, India banked on Rishabh Pant's unbeaten 100 to make 198 as South African bowlers once again dominated the Indian batting lineup.

With this win, South Africa finishes the three-match test series 2-1. They came back to win the series after being 1-0 down after the first test.