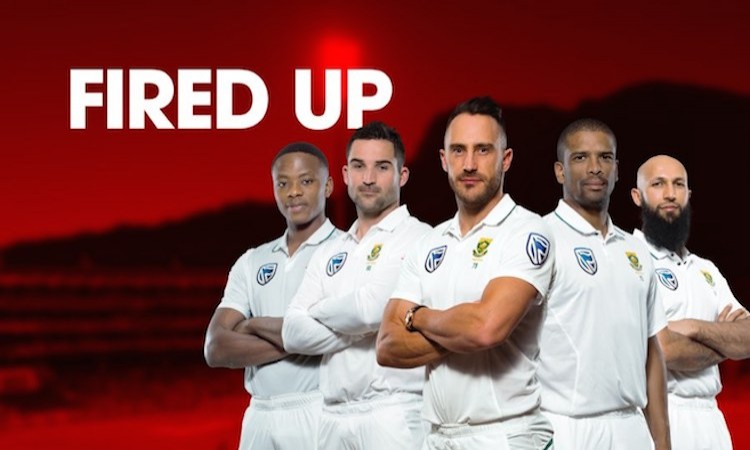 Centurion, Jan 9 - South Africa have added the fast bowling duo of Duanne Olivier and uncapped 21-year-old Lungi Ngidi to their squad for the second cricket Test against India starting here on Saturday.

The changes came into place after pace spearhead Dale Steyn picked up a heel injury in the Cape Town Test that ruled him out of the three-match rubber. The Proteas took a 1-0 lead after winning the opening game by 72 runs.

Olivier has played five Tests -- all of them in 2017 -- and Ngidi made his international debut in a T20I against Sri Lanka last year but is yet to play the other two formats at the international stage.

Olivier last played Tests in September-October against Bangladesh when he took five wickets in four innings before representing Knights in T20 and one-day cricket.

He had made his Test debut against Sri Lanka a year ago in Johannesburg where he took five wickets in the match but has not been able to establish himself as a regular member of the side against strong competition.

He also struggled with a knee injury this season, which kept him out of some domestic games.

Ngidi, on the other hand, has played three T20Is in which he has collected six wickets with an impressive economy rate of 5.50. He played all those matches against Sri Lanka last year in January, and took 4 for 19 in Johannesburg.

He was part of the ODI squad but withdrew with an abdominal muscle injury. He was then part of the South African A side that toured England where he suffered a back injury.