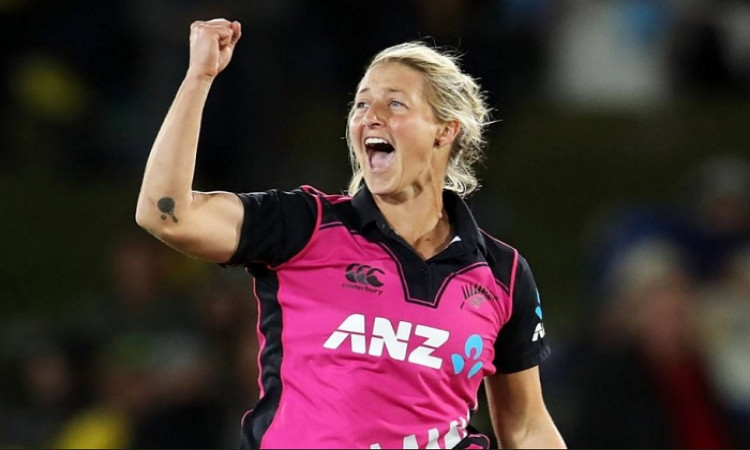 Perth, Aug 5: New Zealand's Sophie Devine has joined Perth Scorchers and will lead the side in this year's edition of the Women's Big Bash League (WBBL).

The star allrounder joins the Scorchers following an imposing WBBL 5 campaign with the Adelaide Strikers that saw her smash 769 runs at an average of 76.90, thus becoming the player of the tournament.

Devine, who played for Western Australia in the Women's National Cricket League last season, said she was excited about returning to Perth for the upcoming WBBL season.

"It's a huge honour to be joining the Scorchers and leading the side this season, it's an exciting new challenge for me and the team as we build towards the WBBL finals.

"When the opportunity to play for Perth came up it was a pretty hard one to turn down, the Scorchers have a great history in the WBBL and BBL and I'm really looking forward to joining such a successful club," she added.

Devine led the White Ferns at the Women's T20 World Cup earlier this year and was recently named full-time captain having enjoyed a prolific 18 months at international level.

A purple patch leading into the World Cup saw the New Zealand superstar become the first player to hit six consecutive 50-plus scores in T20 internationals, a run that included a blistering 105 from only 65 deliveries against South Africa.

Scorchers Women's head coach Shelley Nitschke said: "Sophie has proven herself as one of the best T20 players in the world, we are privileged to have her join the Perth Scorchers.

"A match-winner with both the bat and the ball, Sophie will be a great influence on the group as both a leader and role model.

"Sophie has been a dominant force in the WBBL since its inception and has over a decade of international experience, we're excited about the leadership she will provide both on and off the field in her role as team captain," she added.