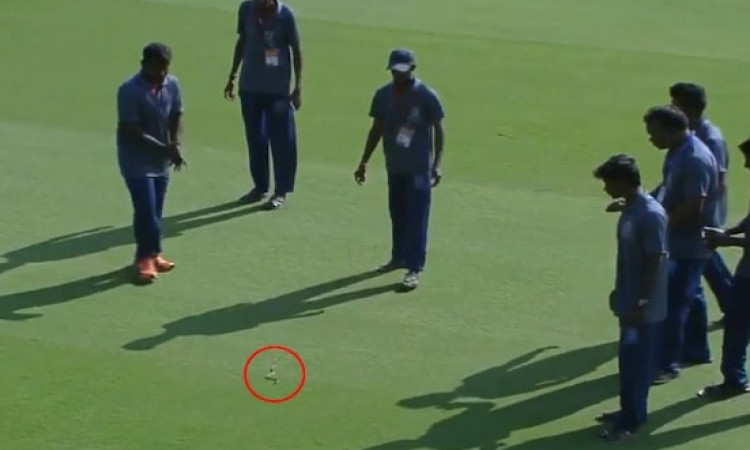 Vijaywada, Dec 9: The start of the Ranji Trophy Group A match between Andhra and Vidarbha was delayed after a snake entered the Dr. Gokaraju Liala Gangaaraju ACA Cricket Ground here on Monday morning.

Vidarbha skipper Faiz Fazal won the toss and opted to field first against Andhra. Soon, the players made their way into the middle and just when play was about to start, the reptile entered the playing arena and play was halted.

The official Twitter handle of BCCI Domestic posted a 13-second video in which the snake can be seen slithering around in the field even as the players watched on with puzzled faces.

Soon after, the groundstaff were spotted chasing the reptile away and after a brief interruption, the opening day's play got underway.