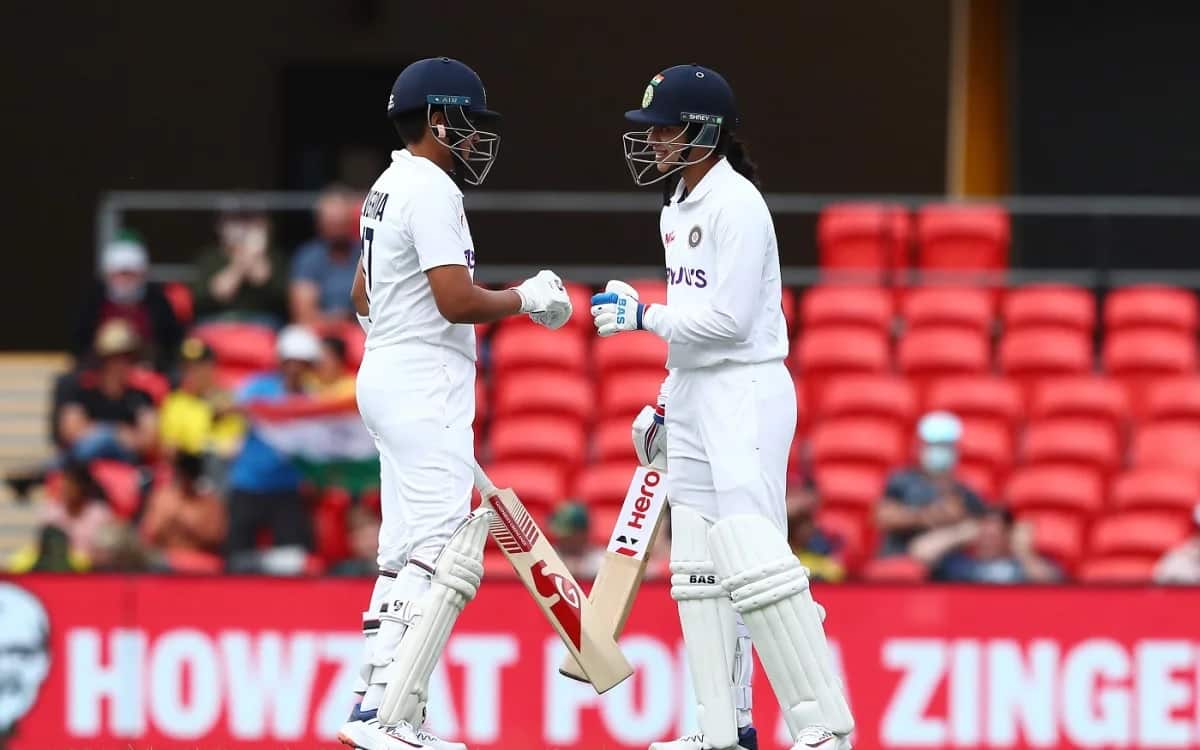 Indian opener Smriti Mandhana shined bright with her highest score in Test cricket before rain forced the closure of first day of the one-off pink-ball Test against Australia at Metricon Stadium here on Thursday.

At stumps on day one, India finished with 132/1 in 44.1 overs, with Smriti remaining unbeaten on 80. Punam Raut was the other unbeaten batter for India on 16, with the partnership for second wicket at 39.

Smriti went past her previous-best score in Tests, 78 against England in Bristol in June this year. She was fluent through off-side while hitting 15 boundaries and one six in her unconquered 144-ball knock to put India in a position of ascendancy in their first-ever pink-ball Test.

She also put an opening stand of 94 runs with Shafali Verma, who was the only wicket to fall in the day to left-arm spinner Sophie Molineux. Almost two hours were lost of the second session before play began. After 28 balls, rain made a comeback to ensure only 44.1 overs were possible on the first day.

Put in to bat after Australia captain Meg Lanning won the toss, Smriti raced to her half-century off 51 deliveries with a cover drive off Tahlia McGrath in the opening hour and despite slowing down, remained rock solid for India.

Darcie Brown and Annabel Sutherland had nervy starts to their Test careers, the former going for 0/28 off her four overs while 19-year-old Annabel had a couple of fumbles in the field including dropping Shafali when the Indian opener was on 25.